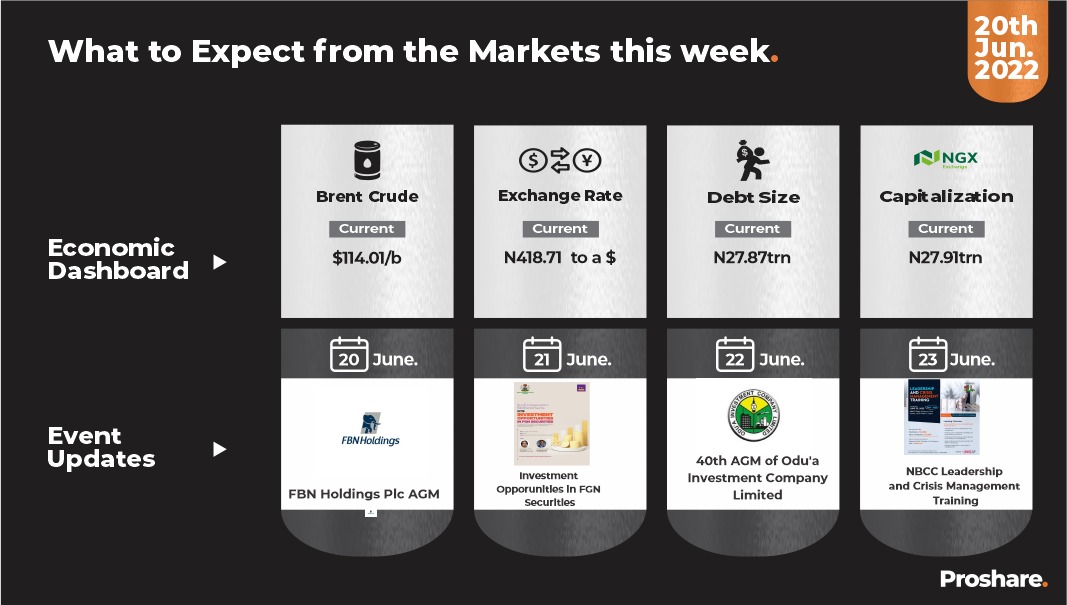 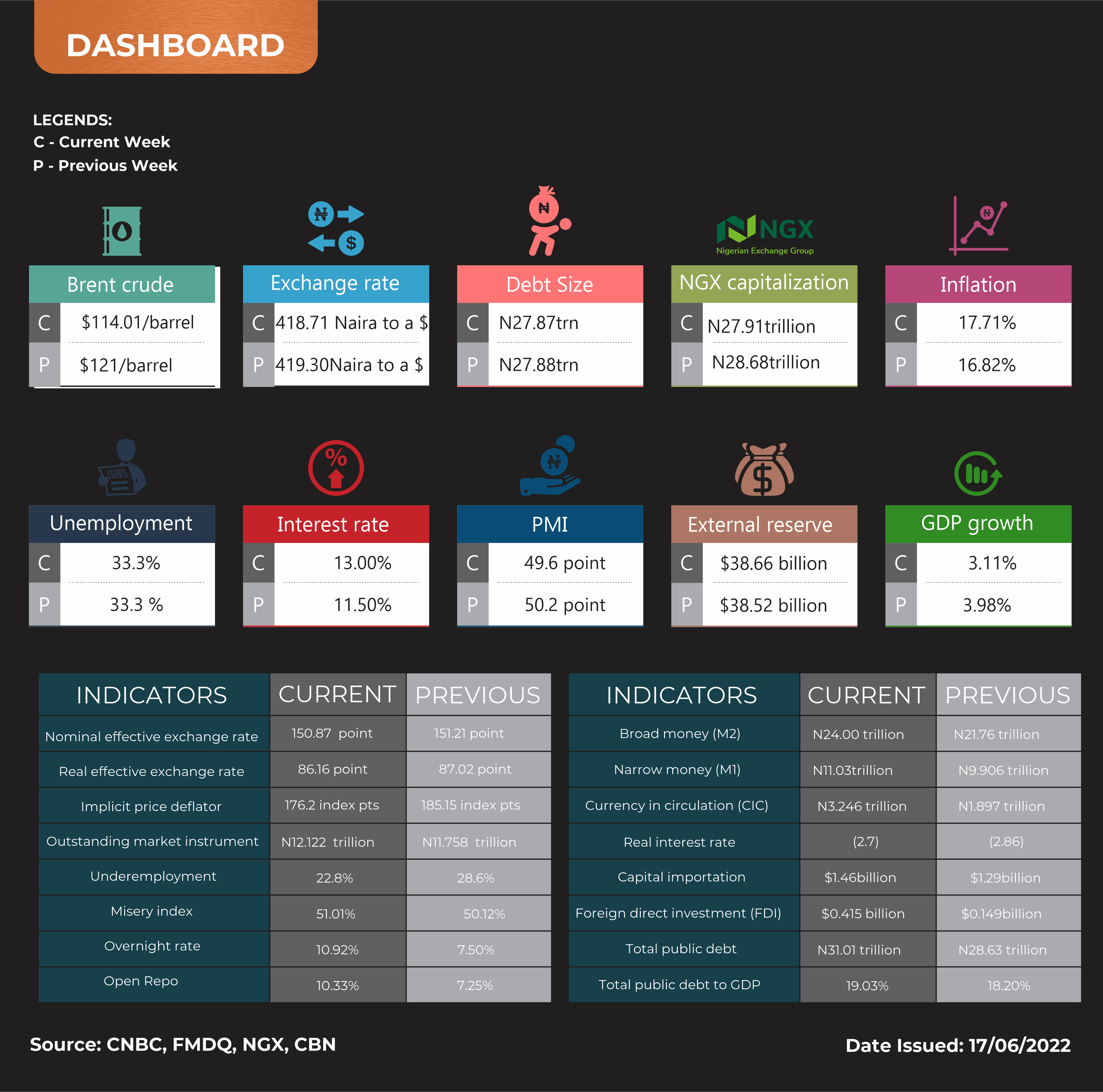 Nigeria’s inflation rate rose to 17.71%, according to the National Bureau of Statistics. The 89-basis point increase was attributed to a spike in food (19.5%) clothing and footwear (18%) and transport fares (17%). Despite the recent 150bp hike in the Monetary Policy Rate (MPR) by the Monetary Policy Committee (MPC) in May, we project that headline inflation could still rise to 20% by December on the back of rising energy and food prices as well as a weaker Naira. The World Bank had in a recent report reviewed the country’s inflation outlook for 2022 to 15.5% up from the 13% it forecasted earlier.

The decision by the Federal Open Market Committee (FOMC) and the Monetary Policy Committees (MPCs) of the European Central Bank (ECB) and the Bank of England to further tighten in response to rocketing inflation would further slowdown employment in those economies while emerging markets would see larger capital flow reversals.  But next week PMIs will be released to assess Private sector productivity in the US, UK, Eurozone, Japan, and Australia. While CPI data for Hong Kong, the UK, Canada, Singapore, Japan, and Malaysia would also be released next week.

For most trading sessions this week, Naira appreciated both at the NAFEX and I & E FX windows.

However, at the close of the trading session on Friday, the Naira depreciated by -0.04% (W-o-W) basis settling at N421.33 in the Investor and Exporter FX fixing while at the Nigerian Autonomous Foreign exchange fixing (NAFEX), Naira appreciated by -0.14% (W-o-W) to N418.71 at the closing of the market on Thursday (see chart 2 below).

Table 2: Naira/Dollar at the I&E FX Window and NAFEX Market

The interbank rate stayed relatively high this week as the liquidity remained squeezed despite the OMO maturities inflow.

The Interbank rates should remain elevated in the coming week, with the absence of any major inflow from Apex bank.

The activity in the bills market was mild this week with attention drawn to the Nigerian treasury bill auction.

At end of trading on Friday, the bills market was bearish as the average yield benchmark for both bills increased. The Treasury bill and OMO bills rose by +6.88% and +4.16%, settling at 4.66 and 4.51 respectively (See table 4 below).

We expect the market to sustain a similar trend next week in the absence of any major driver.

The secondary bond market was bearish, with several interests seen across all maturities.

At the close of the trading on Friday, market outcomes were mixed with multiple buying and selling interests across the tenors. The overall average yield benchmark moved slightly to 11.57 (See table 6 below). 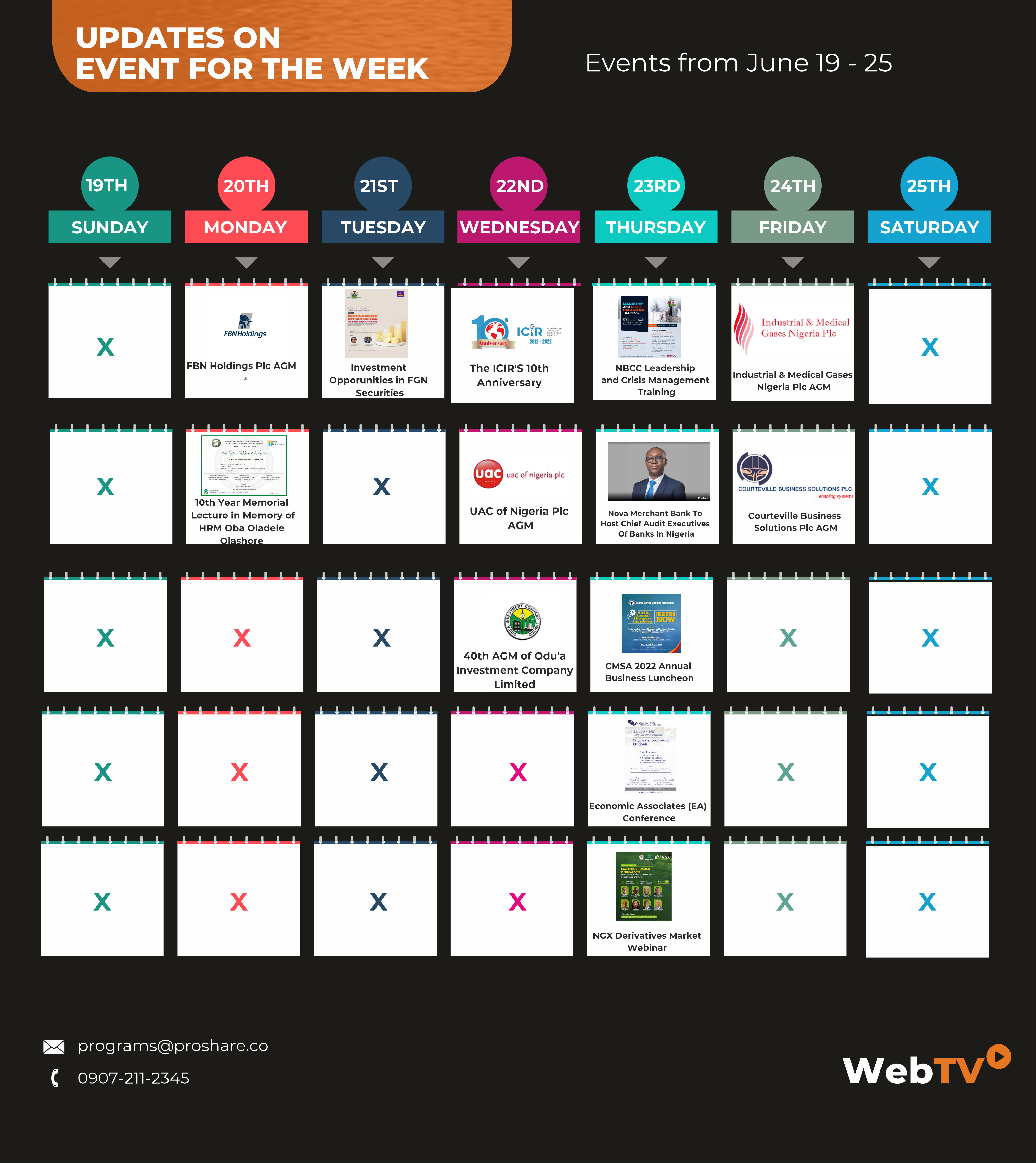 Check out our Events Calendar for event details and follow us on WebTV, and Social Media for updates as the week unfolds. Yours to Serve! 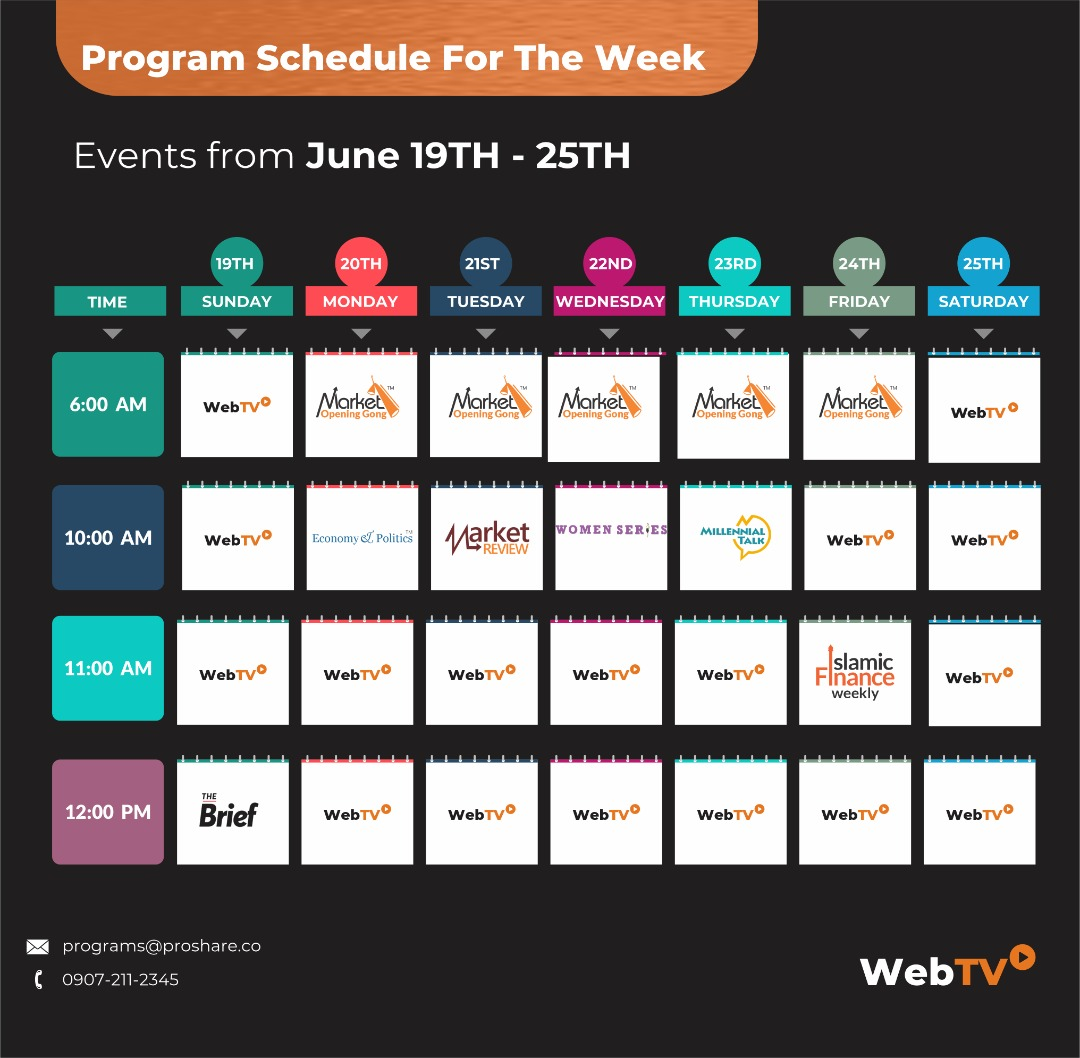 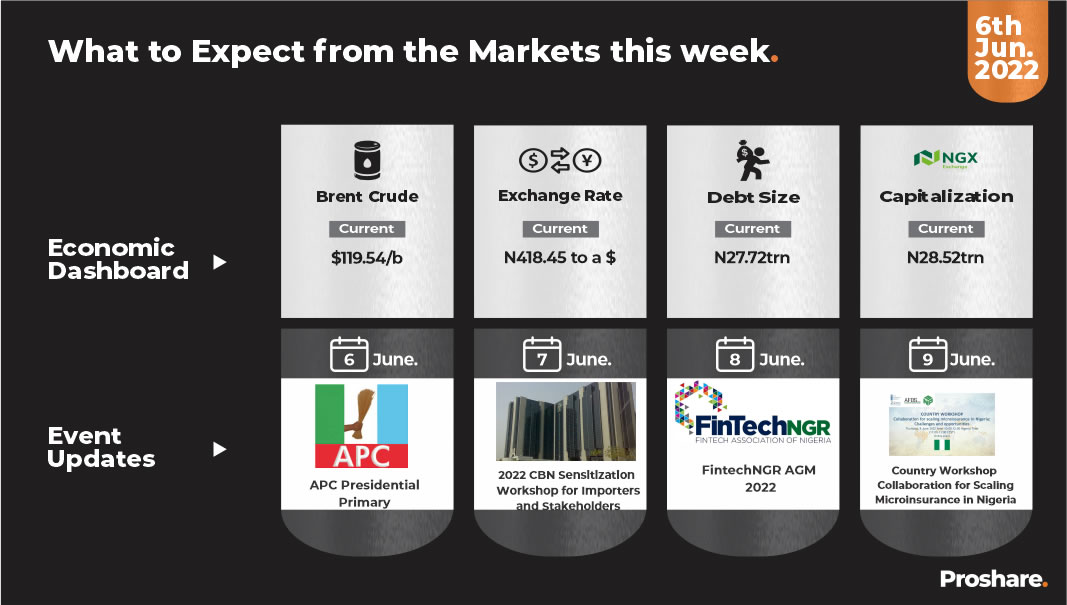