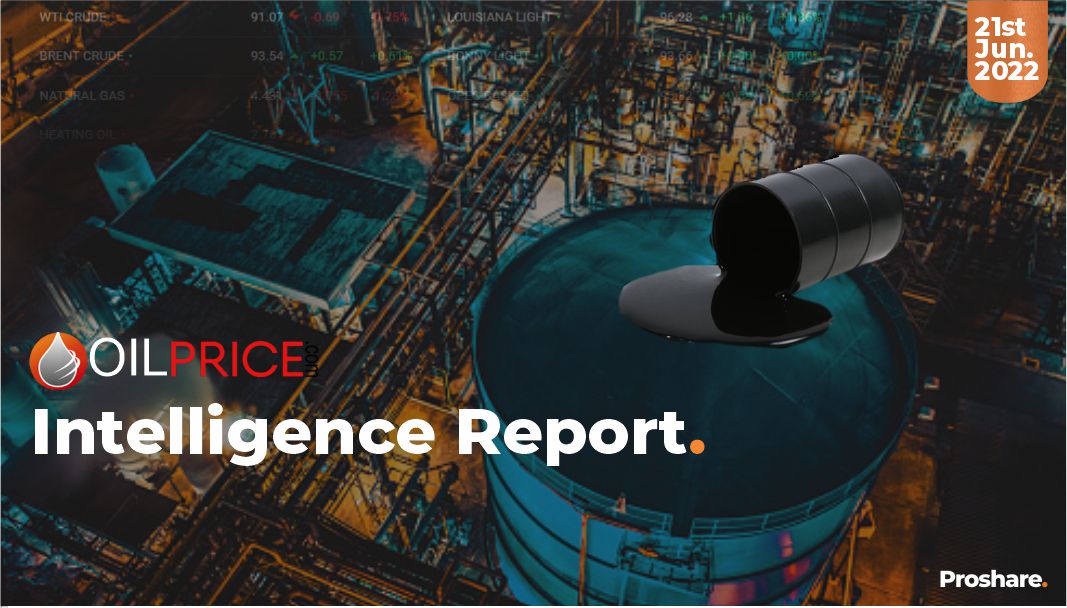 Natural Gas in the Limelight as Power Demand Soars - OIR 210622 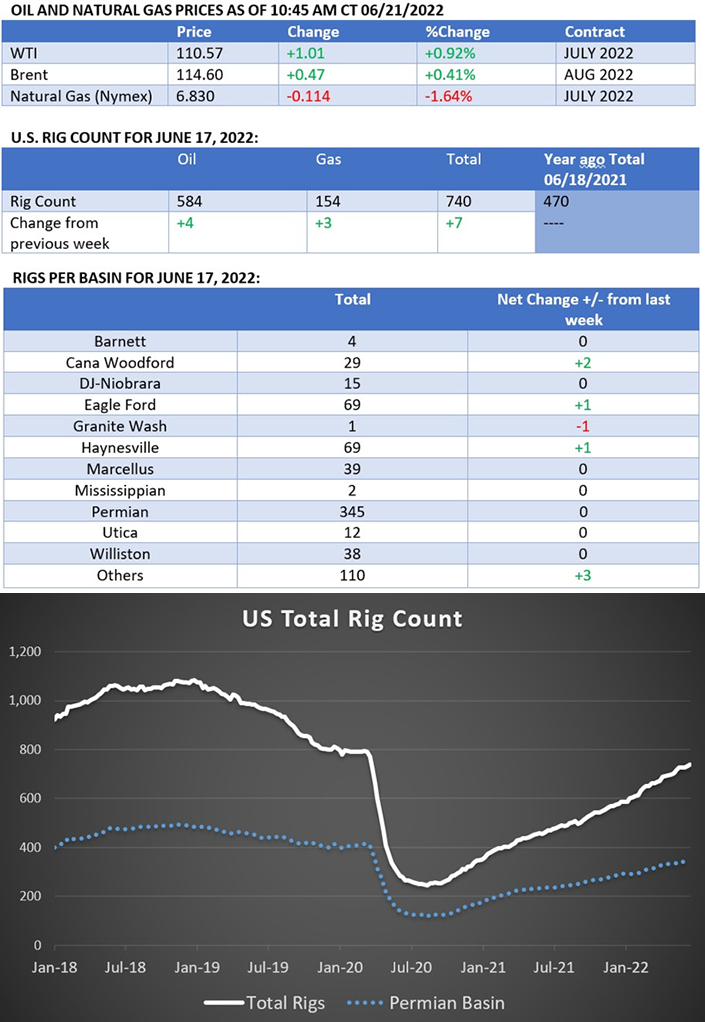 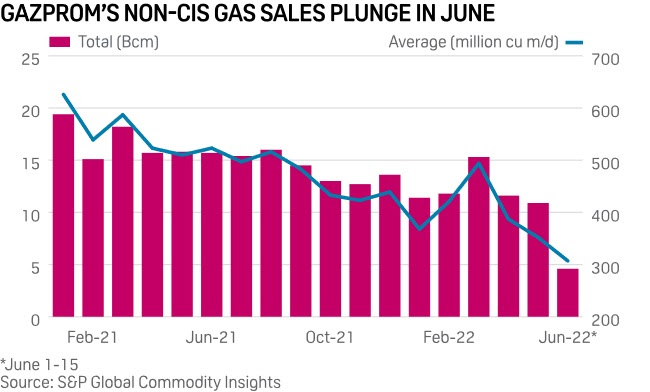 - Russian pipeline gas supplies have dropped to their lowest in years, with Gazprom sales to non-CIS countries plunging to an average of 307 mcm/day as the Russian firm claims that EU sanctions are interfering with its planned maintenance.

- Whilst Gazprom blames the supply crunch on Siemens’ intransigence, European governments see the volume drop as Russia’s way of exacting revenge for the oil and coal sanctions slapped on Moscow recently.

- Most of Gazprom’s European buyers have reported lower gas supplies, with deliveries to Uniper and ENI at roughly half of their nominations over the past week, rekindling fears that the summer restocking season might be jeopardized.

- Spot TTF prices jumped some €40 per MWh over the course of last week, with the July 2022 contract now trading just a tad below the $40 per mmBtu mark, simultaneously pushing up LNG prices in Asia.

- German utility firm RWE (FRA:RWE) signaled its readiness to extend the lifetime of its coal-fuelled power plants as Berlin reconsiders its sourcing options, sending the company’s stock 5% up on the week.

- The Appalachia-focused natural gas producer THQ Appalachia is reportedly considered for a sale that could fetch as much as $5 billion, with the firm having a net production of 760 mcfd, mostly located in West Virginia.

Tuesday, June 21, 2022
With fears of an impending market collapse easing somewhat at the start of this week, the market started talking about the umpteenth reopening of China again. This in turn continues to fuel expectations of robust summer demand, and whilst fears of an economic recession in late 2022 are still there, oil prices started to move marginally higher as ICE Brent trends around $120 per barrel. It might be that natural gas now becomes the main talking point in energy markets, with lower Russian supply in Europe while Northeast Asian countries see power demand soar amidst intense heatwaves.

Germany Faces Recession if Russian Gas Halted. With Nord Stream 1 operating at 40% capacity, industry associations have warned that Germany would fall into recession should Russian gas supply be halted altogether as some 50 GWh of power generation would be left exposed.

Biden to Announce Gasoline Tax Decision This Week. US President Joe Biden said that a decision on temporarily halting the federal gasoline tax would come by the end of this week, adding that he wanted an explanation from oil companies on why they are not refining more oil.

China Power Demand Hits Record High Amidst Heatwaves. According to media reports, power consumption north of the Yangtze river soared to unseen heights amidst heatwaves in the provinces of Henan, Jiangsu, and Shandong, aggravated by drought-like conditions.

UK Windfall Tax Sees First Adverse Impacts. Merely a couple of weeks after the UK government slapped a windfall tax on oil and gas companies, it has been reported that Equinor (NYSE:EQNR) is considering abandoning its $4.5 billion investment in the Rosebank field just off the Shetland Islands.

Curacao Could Help Alleviate US Refinery Tightness. A seven-company consortium comprising six unnamed US companies is in advanced talks to restart Curacao’s 330,000 b/d Isla refinery that was idled in 2018 amid a payment dispute between PDVSA and ConocoPhillips.

Hydrogen Too Inefficient for Heating. A total of 18 independent studies (including by the IPCC, IEA, and McKinsey) produced since 2019 have found that the usage of hydrogen for heating will be too expensive and inefficient, losing out to heat pumps that can also provide air conditioning.

Libya Unexpectedly Revises Production Forecast. Libya’s oil ministry has sharply revised its crude production estimate for 2022, saying output currently stands at 700,000 b/d (instead of the 100,000 b/d reported last week) and that both the El Sharara and Sarir fields are reportedly back online.

Bolivia Delays Lithium Decision to December. Bolivia’s government indicated it will make a final decision on potential lithium mining tie-ups with pre-selected private partners only until December, i.e. six months delayed, still not seeing any commercial production despite having the world’s second-largest reserves.

Iron Ore Faces Long-Term China Woes. Iron ore prices have been caught between a rock and a hard place recently, with Chinese benchmark prices dropping to $120/mt as short-term demand is jeopardized by still-ongoing lockdowns whilst long-term profitability might be impacted by China wanting to have a greater say in global prices.

In the Footsteps of Oil, India Ups Buying of Russian Coal. Concurrently to India stepping up its Russian oil purchases, coal imports from Russia have gone up sixfold year-on-year so far this month, with coal traders offering discounts of 25-30% to the Newcastle Asian benchmark price.

The post Natural Gas In The Limelight As Power Demand Soars first appeared in Oilprice.com on June 21, 2022 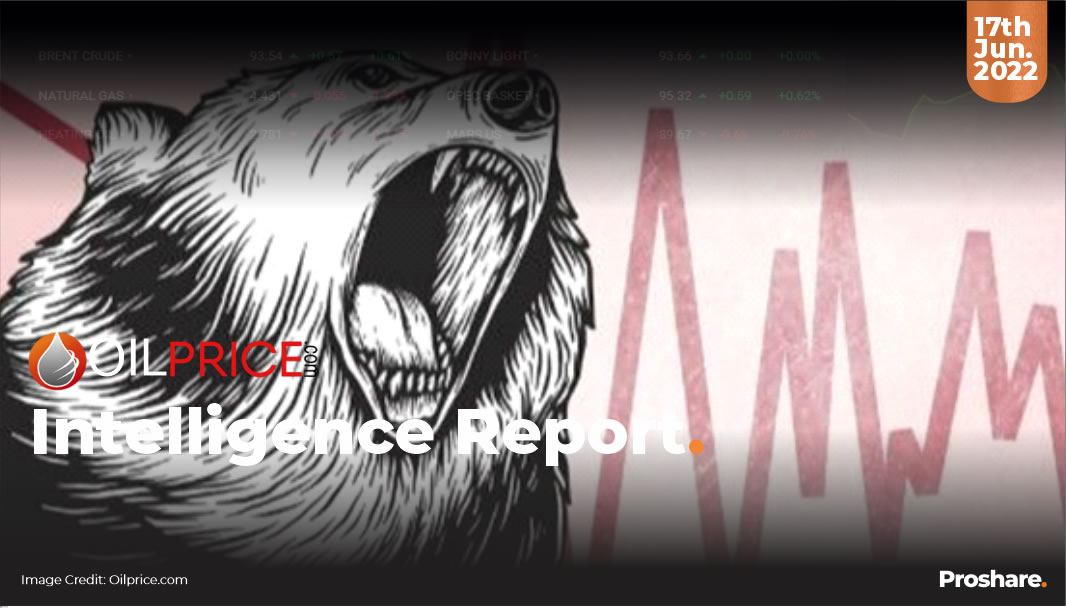 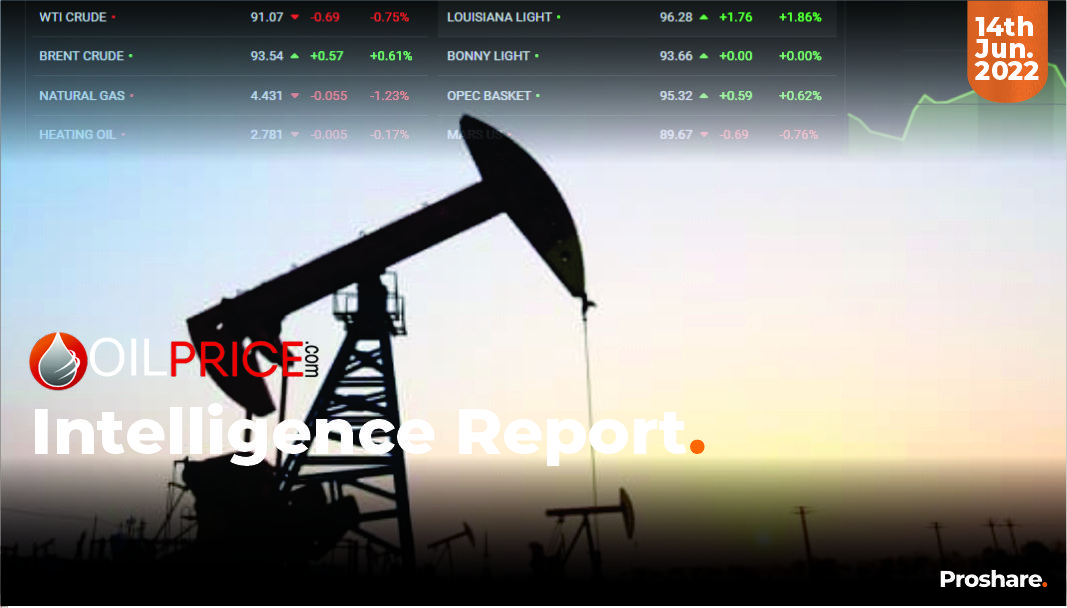 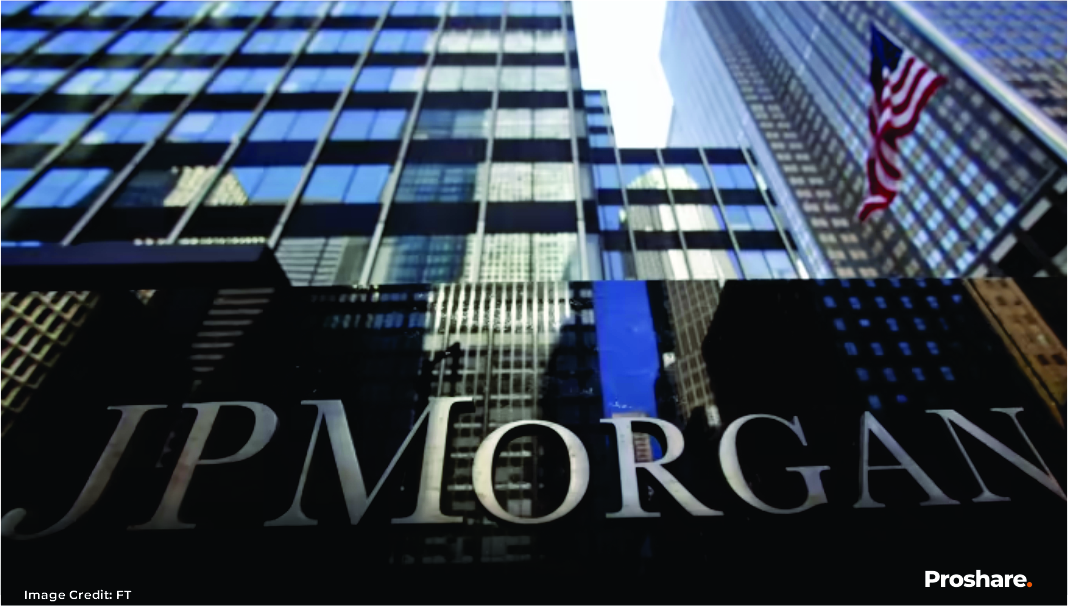 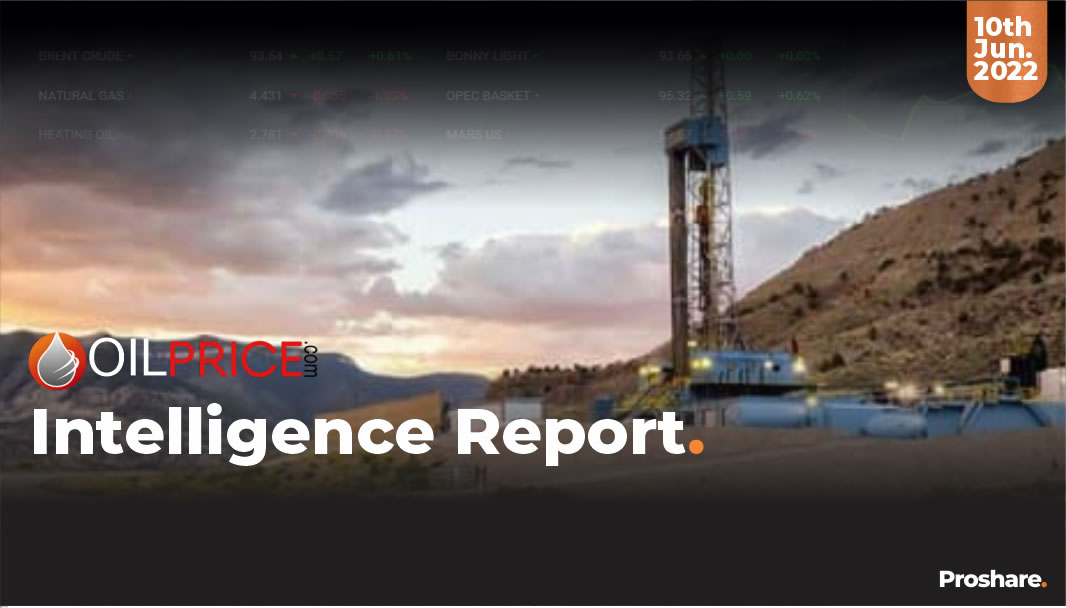 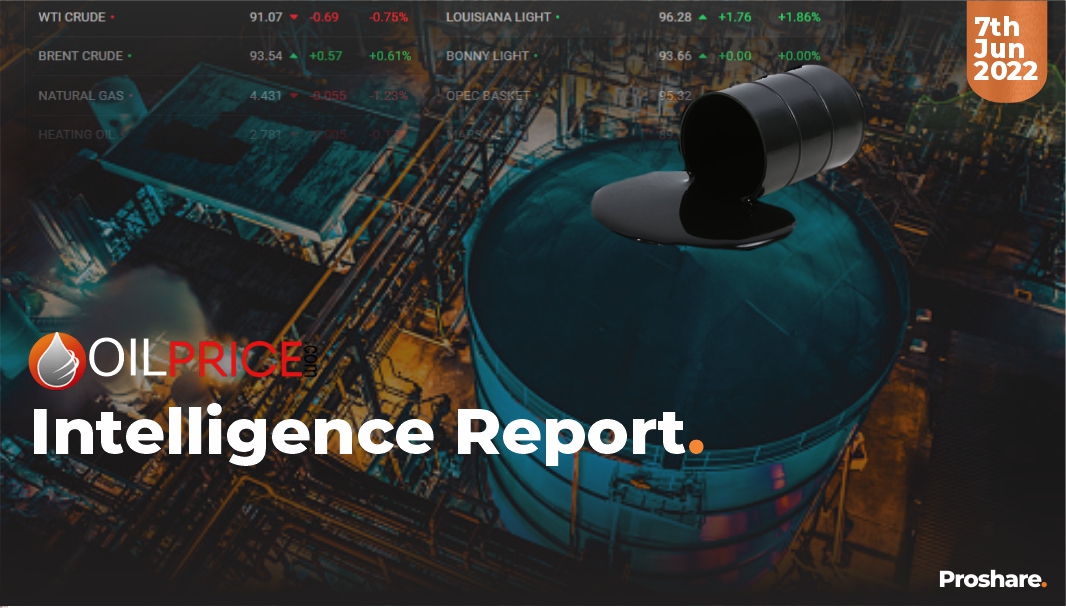 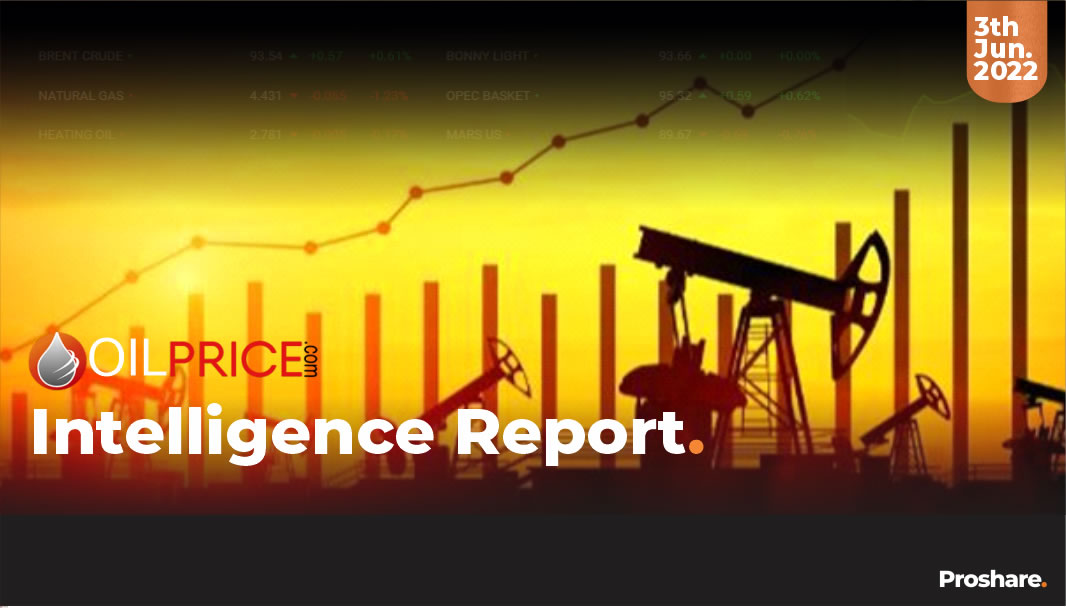 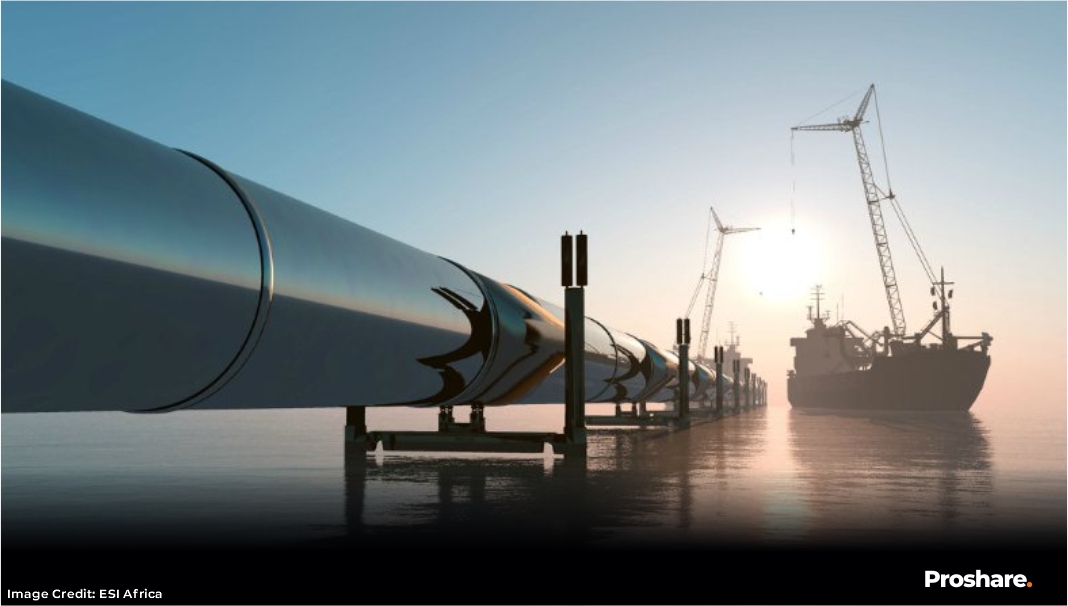 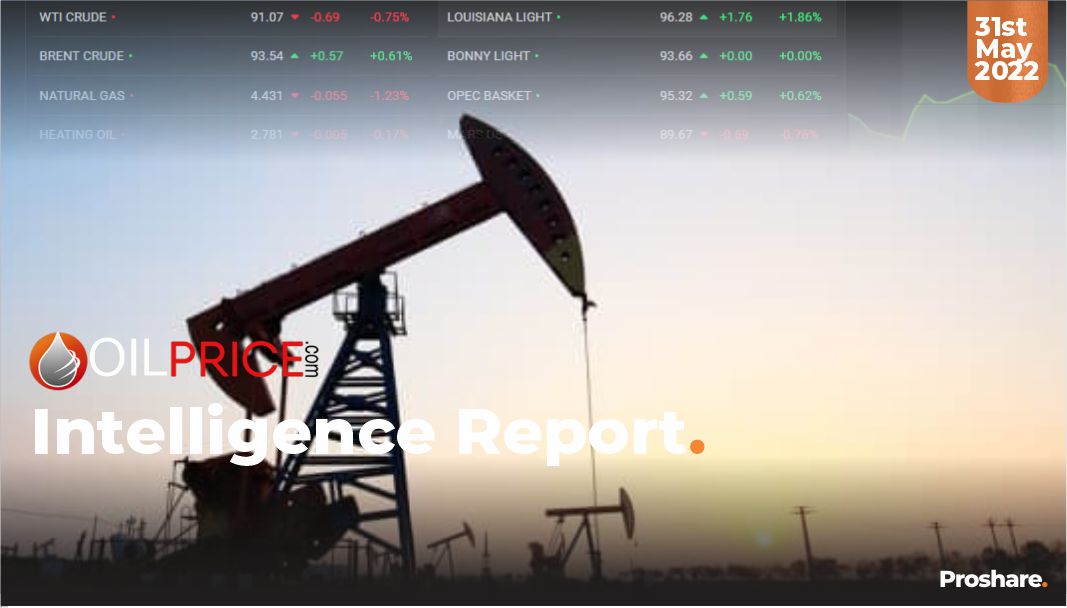