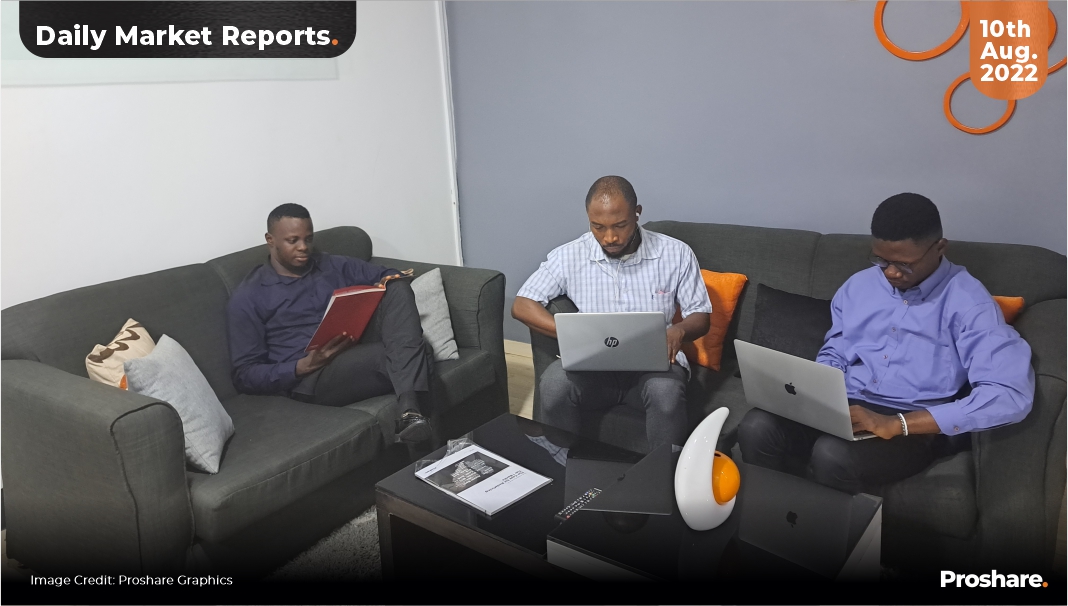 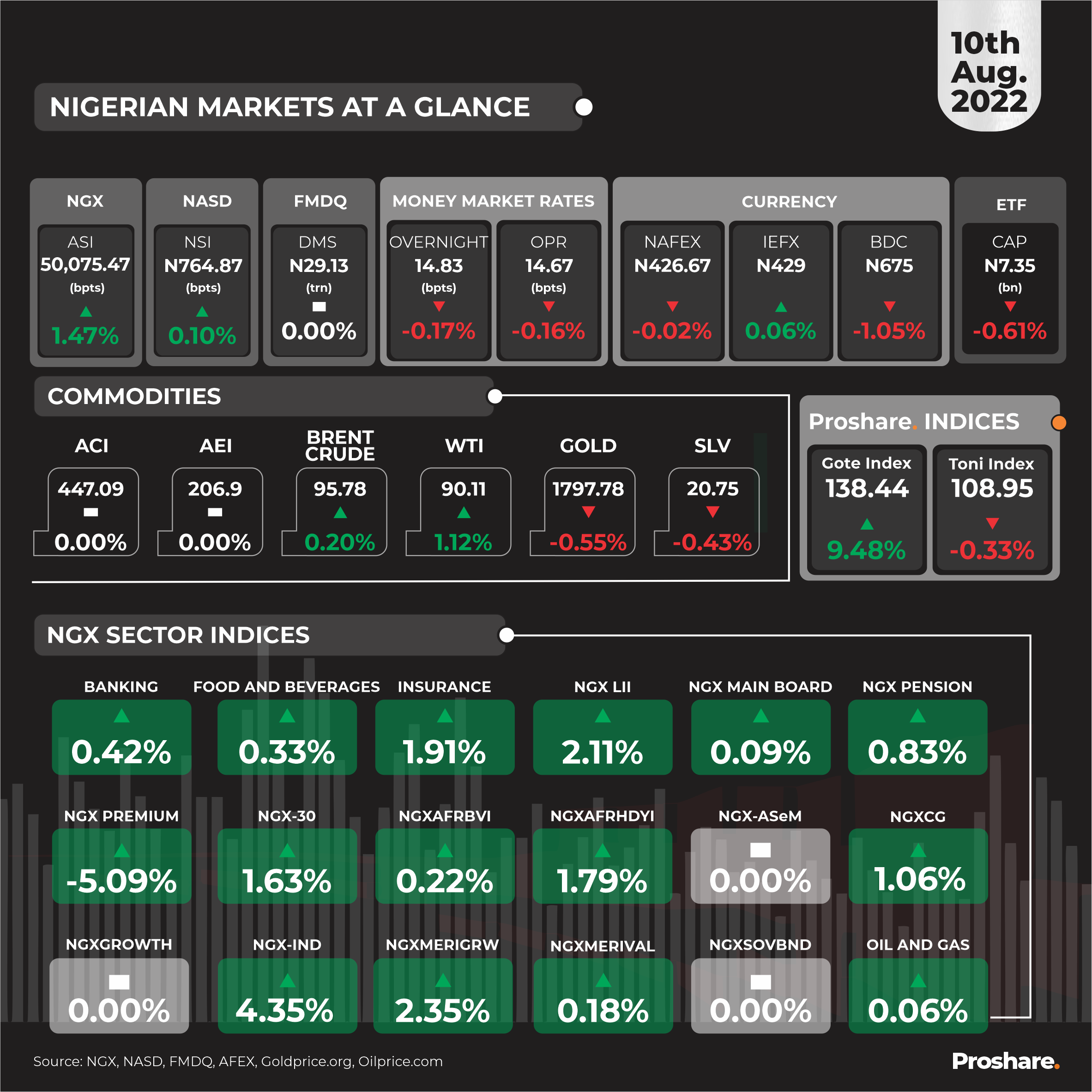 JAIZBANK led the volume’s chart with 41.23% contribution and closely followed by FBNH and UBA

FBNH tops the value’s chart with 20.72% contribution and closely followed by DANGCEM and MTNN

Nigerian Breweries Plc has announced the dealing in shares by an insider. 19, 302 volumes of shares were sold at an average price N45.63k on August 8, 2022, by an Executive Director.

At the close of trading, NASD OTC market recorded two (2) gainer(s) to one (1) loser(s)

On the global scene, the USA Nasdaq Index leads the top five gainers with 2.47 gain while the Hong Kong Hang Seng Index tops the top five losers with -1.96% loss as of 4pm Nigerian Time

The FMDQ Debt Market Size was not available as of the time of finalising this report.

The AFEX ACI and AEI indices were not available as of the time of finalising this report.

Paddy Rice advanced by +9.18% to top the gainers’ chart while other commodities closed flat. 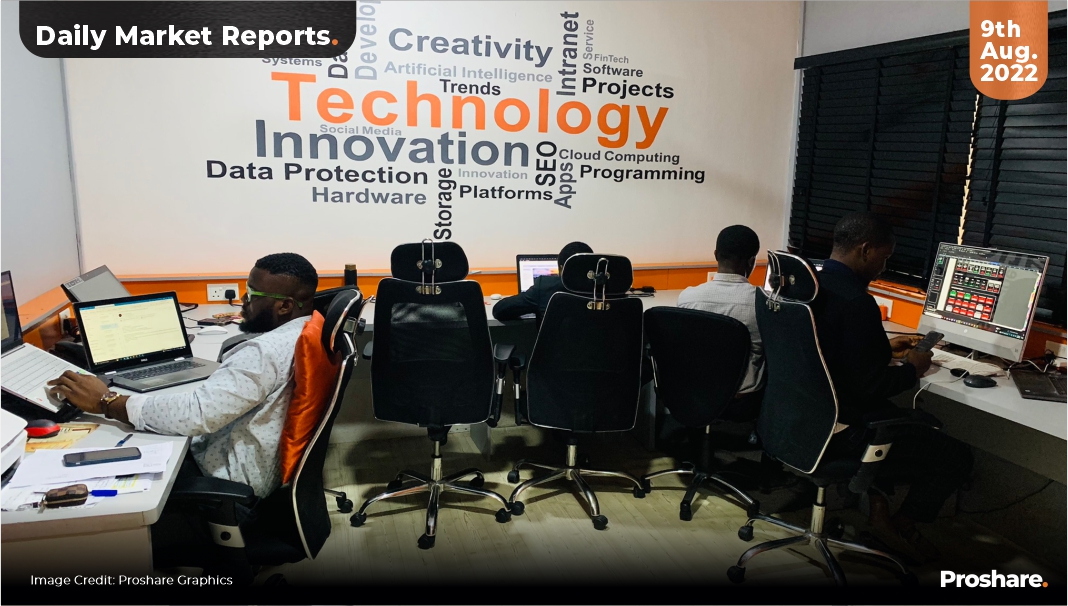 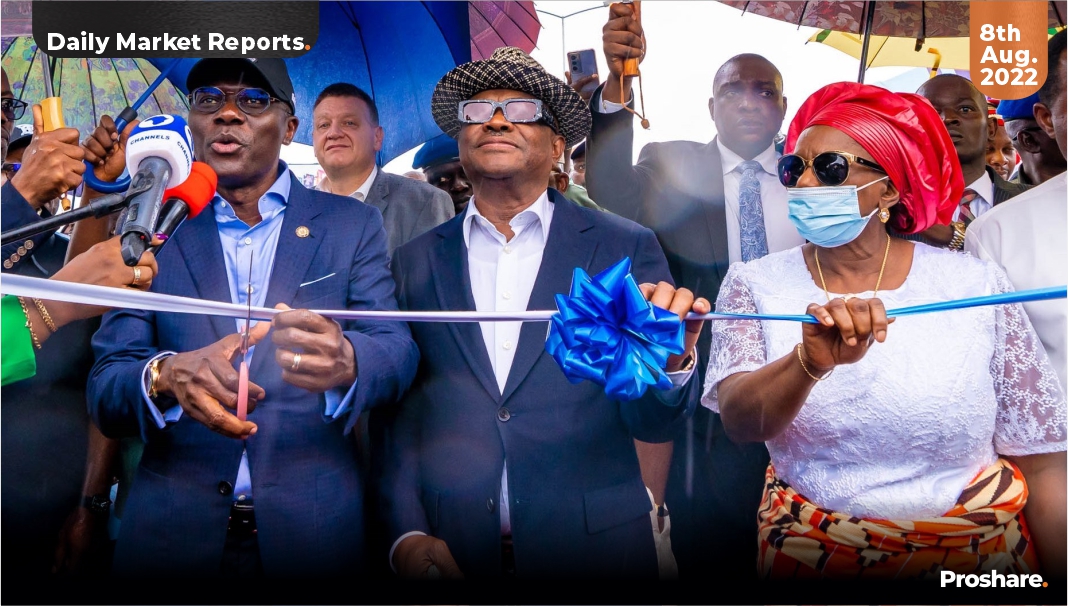 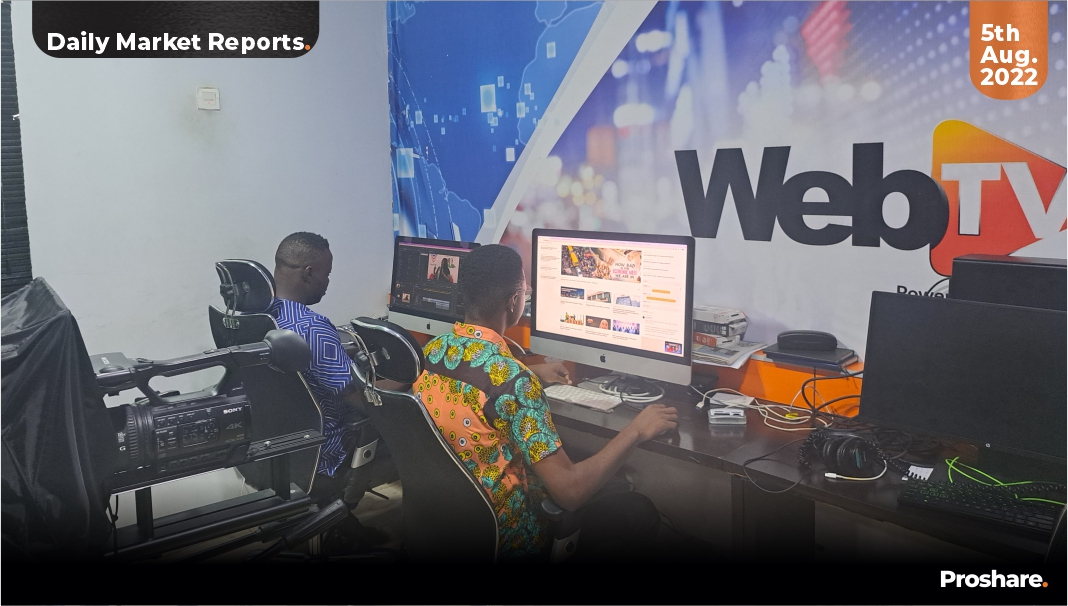 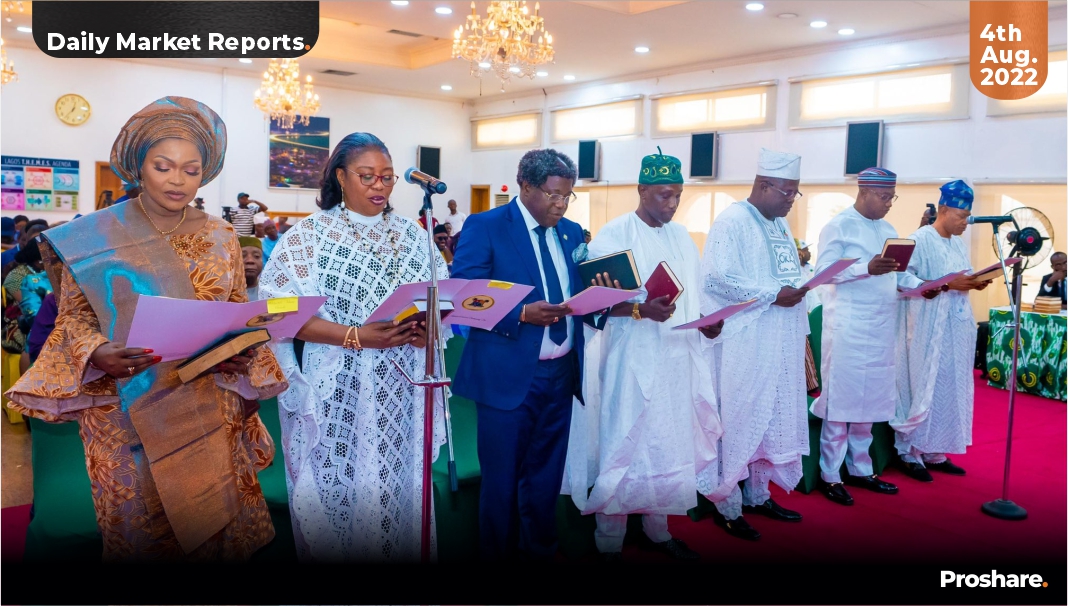 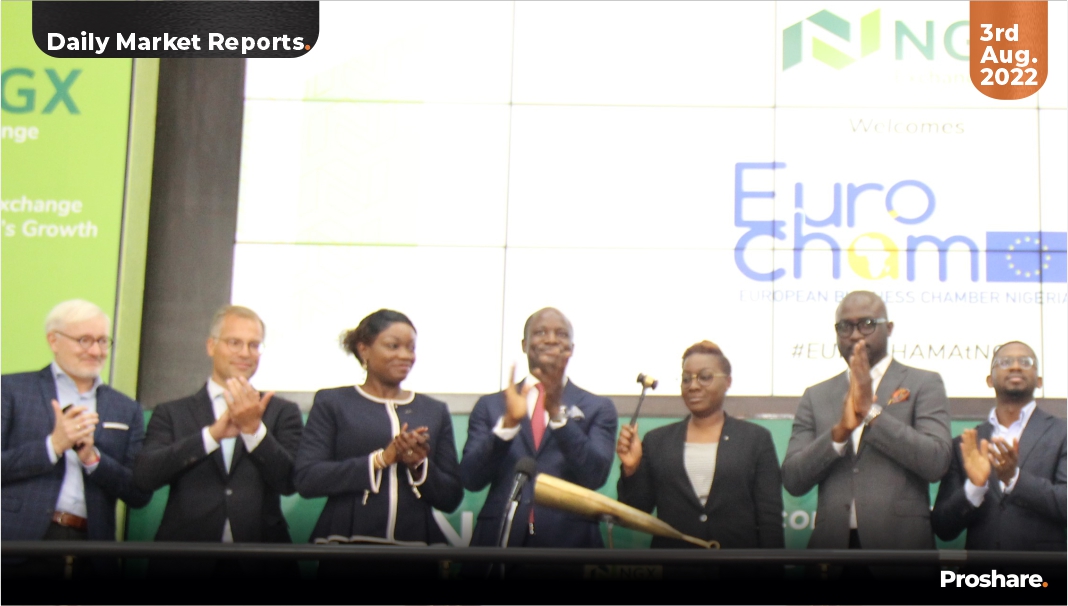 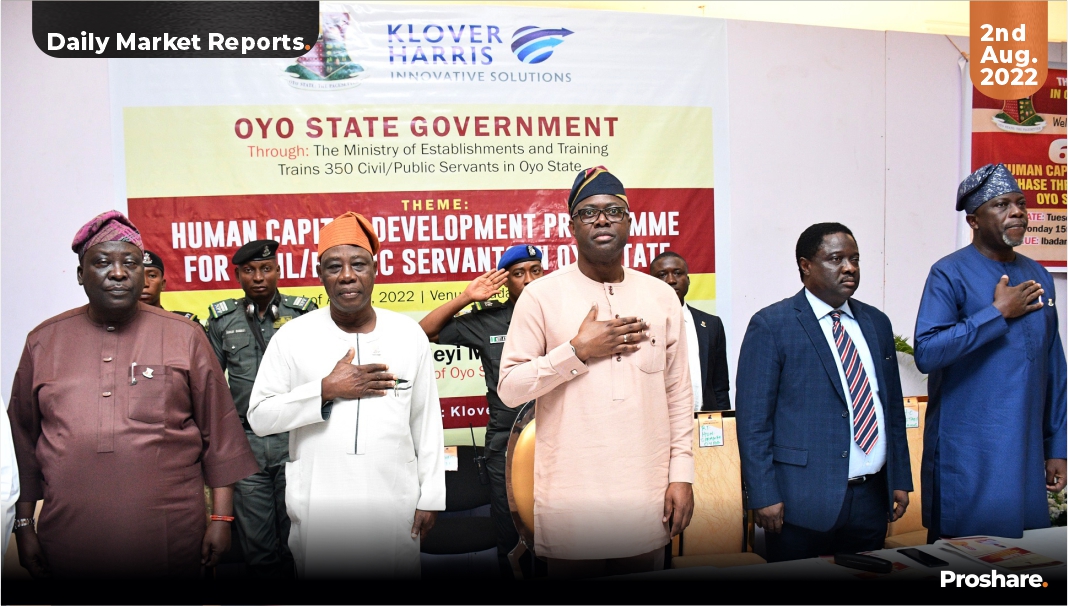 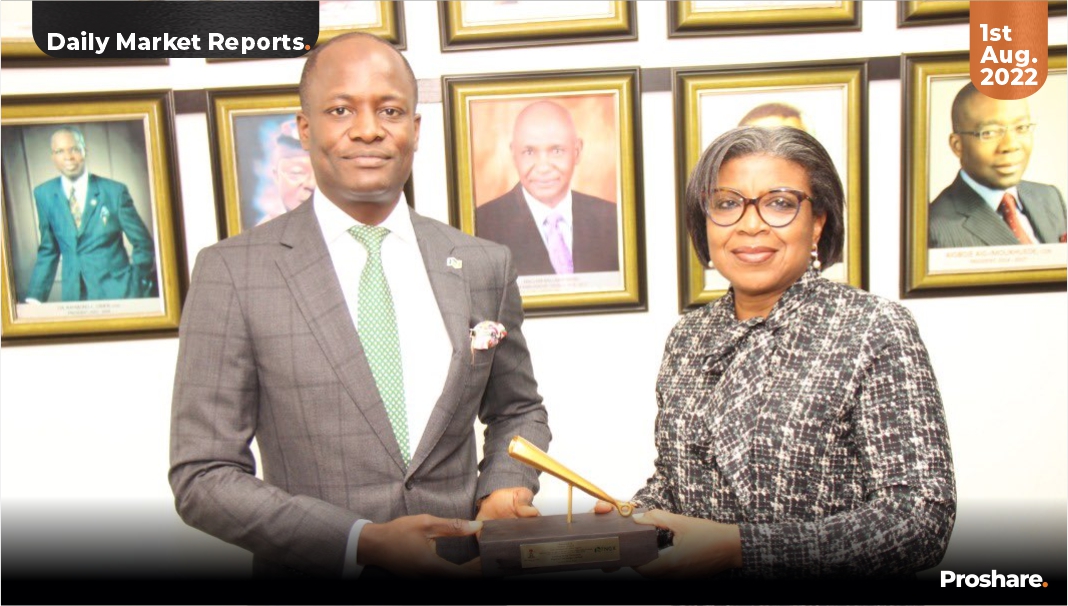 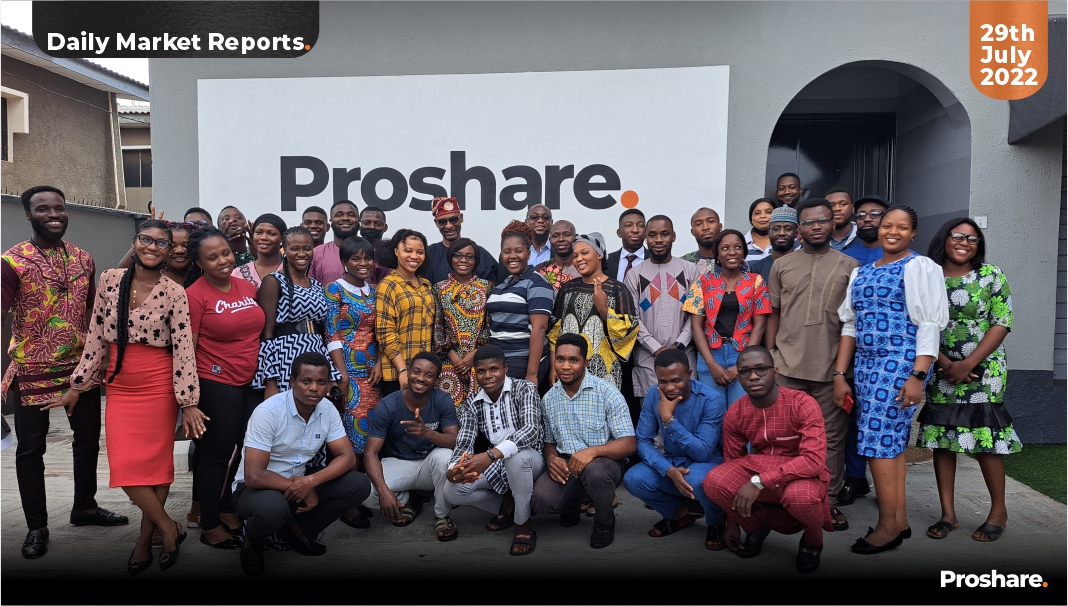 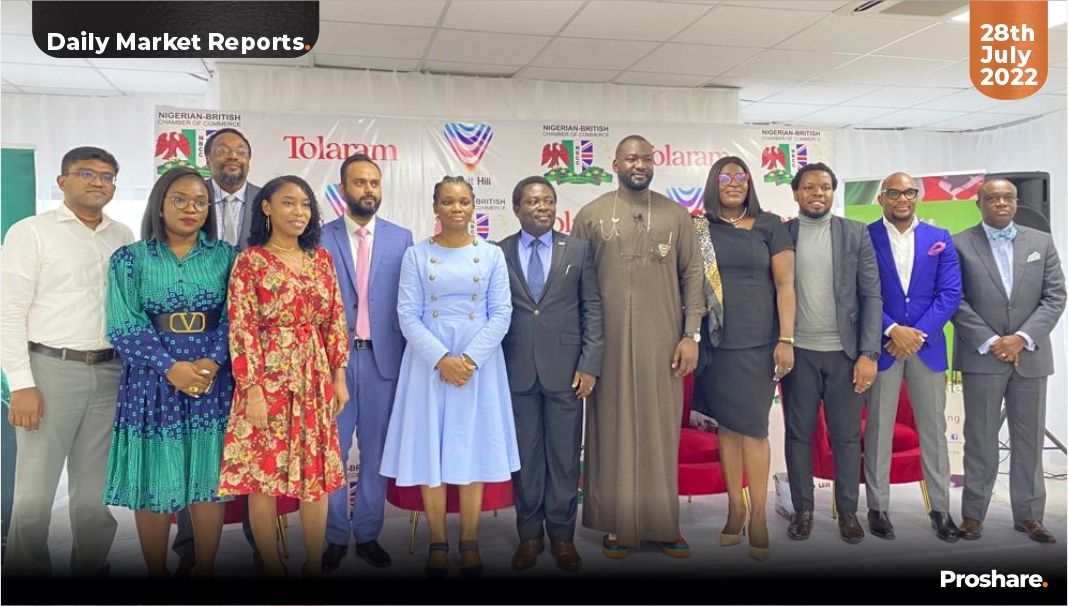