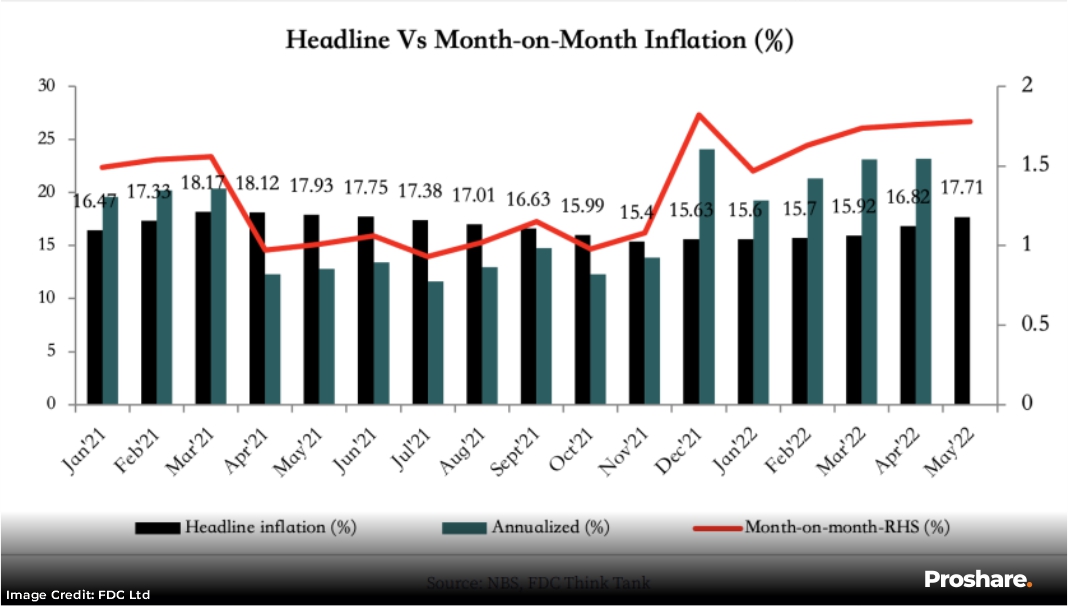 The official CPI report for the month of May has been released by the NBS. As expected and in line with analysts (FDC) forecasts it quickened to 17.71%. This is the highest level in almost one year.

As in the month of April, both the food and non-food baskets recorded increases in the month of May. This can largely be attributed to the surge in the prices of imported commodities as a result of supply chain disruptions in Eastern Europe. Nigeria is an importer of some food commodities principally exported by Ukraine and Russia. The price of wheat, for instance, has increased significantly due to the war. Wheat is used in making flour and bread which is a major staple.

The surge in global wheat prices is being exacerbated by the exchange rate pass-through effect and this drives food inflation. Meanwhile, diesel has contributed astronomically to the domestic rise in prices and inflationary pressure. Diesel has risen about 300% in the last year and is selling for around N800/litre. Detonating diesel prices are increasing business operating costs, and logistics costs which are further compounding the Sustained increases in the general price level 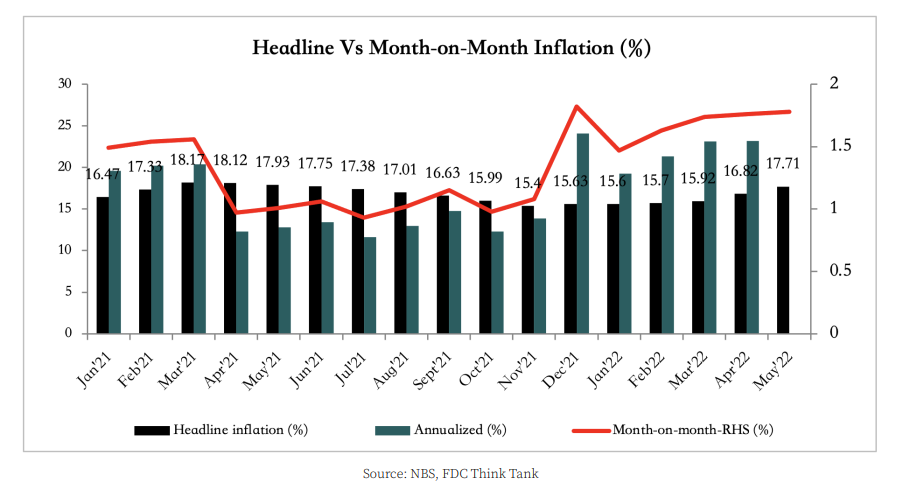 U.S inflation spiked to a multi-decade high of 8.6% in May. In response to this, the Fed at its most recent policy meeting today hiked its benchmark interest rate by 75bps to 1.75%. This is the largest increase since 1994. Similarly, inflation in the UK has risen to a 40-year high of 9%. The Bank of England has hiked rates at all four of its last meetings and is likely to continue this trend into the near future. In the EU, inflation has climbed to a record high of 8.10%. The European Central Bank has signaled that it will be raising its interest rate by 25bps at its next meeting in July. This will be the first rate hike by the ECB since 2011. A hike in interest rates by these major economies will raise the value of their currencies relative to that of other currencies such as the Naira and worsen the effects of imported inflation on Nigeria’s economy.

Month-on-month inflation recorded an increase of 0.02% to 1.78% in May from 1.76% in April. This was largely due to cost and supply-side pressures.

The annual food composite price index climbed by 1.13% to 19.50%. On a monthly basis, the index rose by 0.01% to 2.01%. The rise in food inflation was driven by supply tightness and the resultant spike in prices of staples such as wheat which is used in making flour. Global supply disruptions to major food commodities continues to be the cause of the ongoing supply tightness. Additionally, the planting season effect continues to influence the uptick in food prices.

In May, the annual and monthly core inflation subindices both increased. The annual sub-index went up by 72bps to 14.90% while the monthly sub-index increased by 65bps to 1.87% from 1.22% in April. This largely reflect the impact of higher energy costs particularly diesel. Most businesses run diesel powered generators in Nigeria. The surge in diesel prices is worsening operating expenses and stoking inflationary pressure.

Inflation continues to wreak havoc the world over, including Sub-Saharan. Of the sub-Saharan African (SSA) countries in the FDC coverage, four recorded higher inflation rates in May while two posted declines. Inflation across the region continues to be stoked by global disruptions to the supply of key commodities, including food and energy, as a result of the ongoing war in Ukraine

Several African countries which had long shown reluctance to raise interest rates have finally given in to the pressure of mounting inflation and hiked their benchmark policy rates. This raises the question of whether these hikes might be too late or better late than never. As the world continues to move in the direction of monetary tightening, African countries are widely expected to follow this trend.

The monetary policy committee of the CBN will be holding its next meeting in July. The CBN finally ended its long held status-quo stance at its last meeting in May by raising the policy rate by 150bps to 13%p.a. Given the continued relentless rise in inflation, this is likely to provide impetus for further rate hikes by the MPC in a bid to stem inflationary pressure. 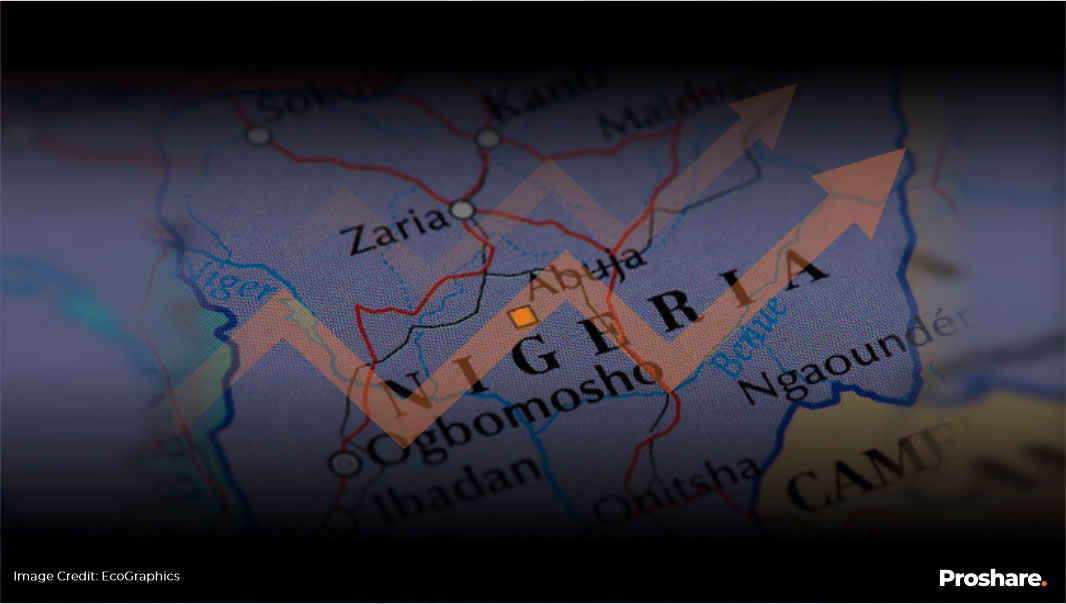 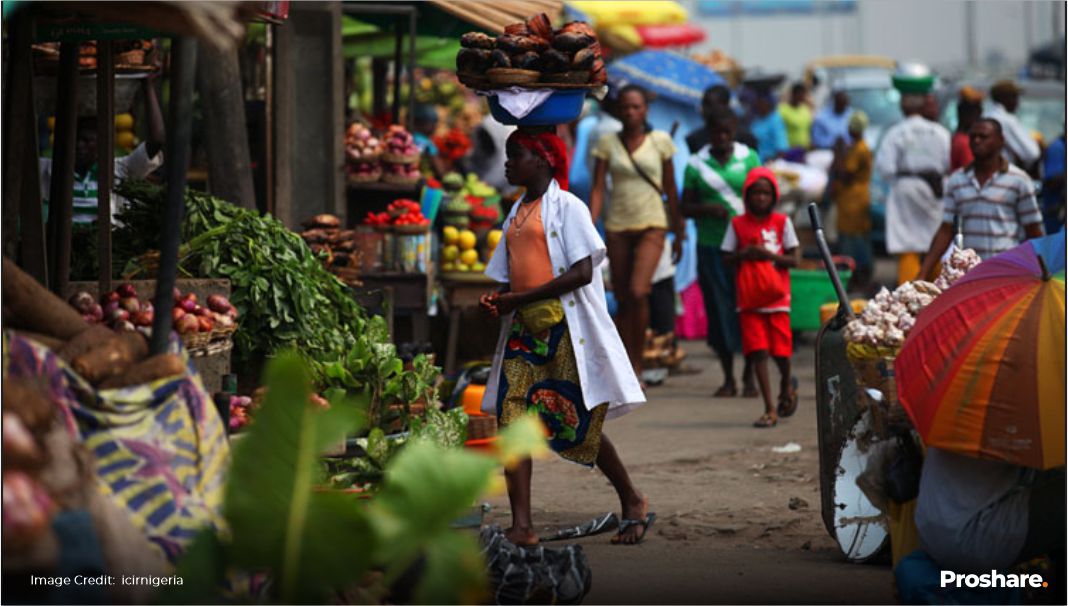 Headline Inflation to Continue its Increase to 17.72% in the Month of May 2022 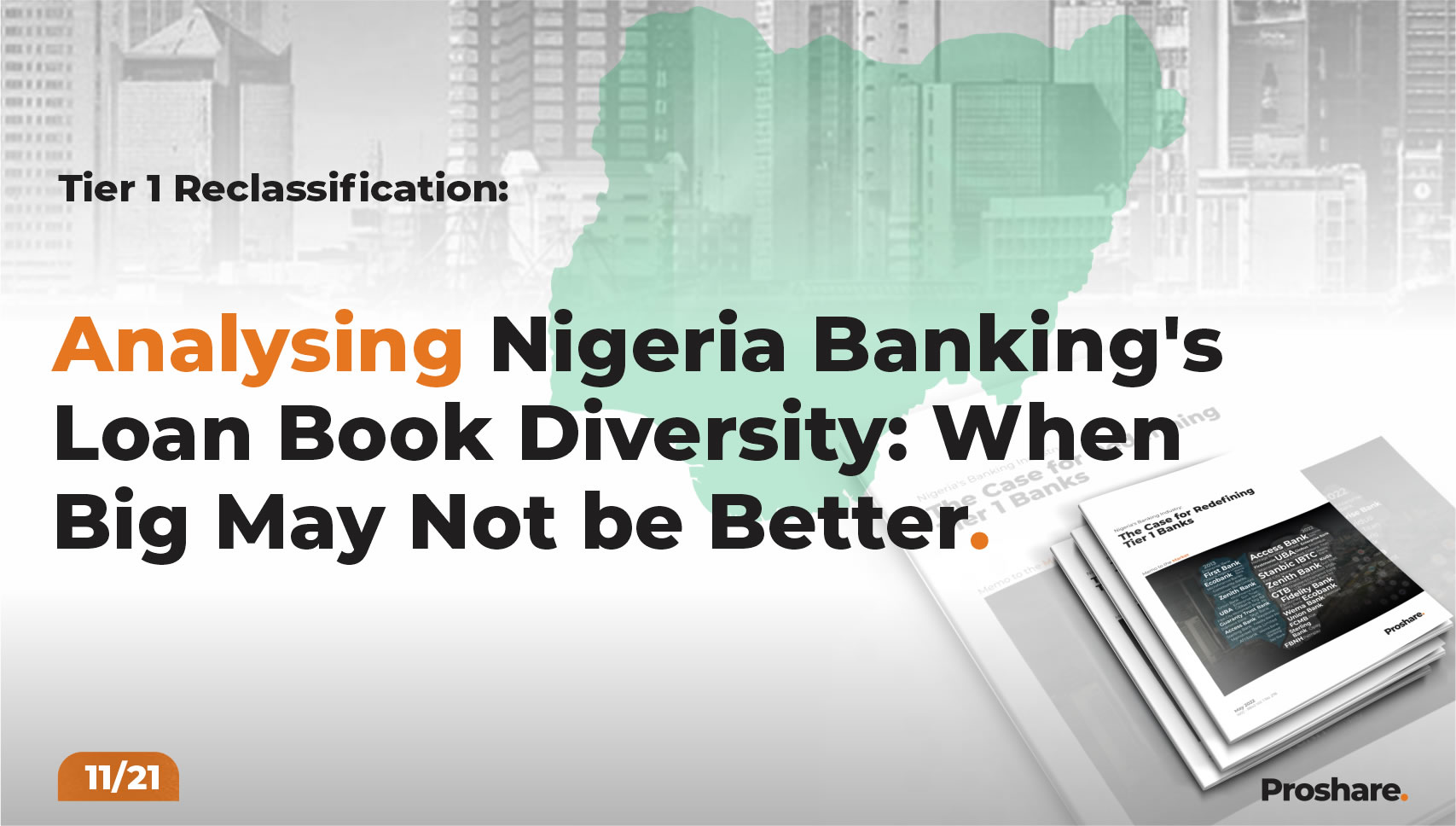