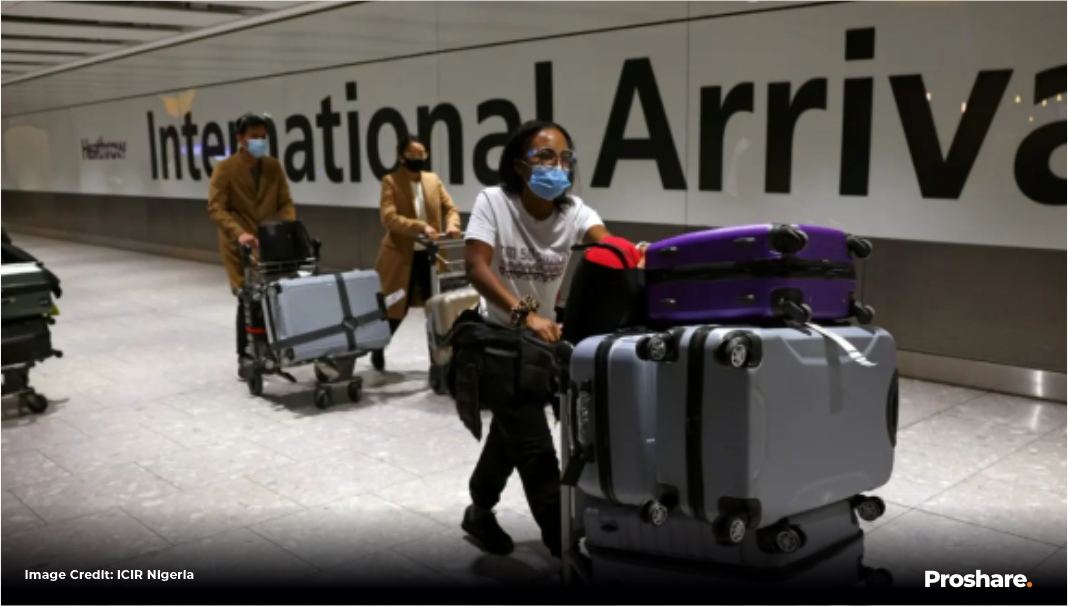 From Brain Drain to Brain Gain: Focusing on the Second-Best Alternative

The wave of emigration by Nigerian workers in recent time has raised a renewed interest in the brain drain phenomenon. The current spike in human capital export has been attributed to low returns to education in Nigeria, poor economic condition and worsening security situation in the country. Between 2019 and 2021, Nigeria recorded exponential spike in the number of skilled visas to the UK, the US and the EU and several other countries. For example, in the case of UK visa, the number of skilled visas rose by 161% to 10,245 in 2021 from 3,918 in 2019. Although India recorded the highest number of skilled visas (67,839), it only spiked by 14% in the same period.

Brain drains, costly but not unique to Nigeria

One of the concerns of brain drain is the loss of manpower. According to Nigerian Medical Association (NMA), about 9,000 medical doctors migrated to other countries in search of better job opportunities. These doctors were trained in the highly subsidised Nigerian medical schools. Nigeria is reported to have lost over $2bn³ to training medical doctors who later migrated to Europe and other parts of the world. While the exodus of skilled manpower from Nigeria is raising a serious worry, there is no doubt that it can be turned to a positive gain. Indeed, human capital export is not unique to Nigeria. China, India, Pakistan and Philippine and several other countries are also experiencing migration of skilled manpower to the West. Global interconnectedness has amplified the mobility of labour – labour will always move to places with higher pay packages. This implies that although improvement in the socioeconomic conditions and returns to labour may reduce cross-border labour migration, it will hardly be eliminated. Therefore, the national human capital development plan must incorporate a migration factor to ensure that cross-border skilled labour mobility does not undermine availability of requisite labour for domestic operations. Above all, increased emigration could tantamount to increased prospect for diaspora remittance- a source of foreign exchange.

Diaspora remittance is a major source of foreign exchange that has proven to be resilient amidst domestic and global turbulences. For example, during the COVID-19 crisis, remittance flows defied expectations and proved to be resilient - diaspora remittance declined only by about 27% to $17.3billion (bn) in 2020 from $23.8bn in 2019, compared to capital importation which declined by over 60% to $9.6bn from $24bn in the same period. 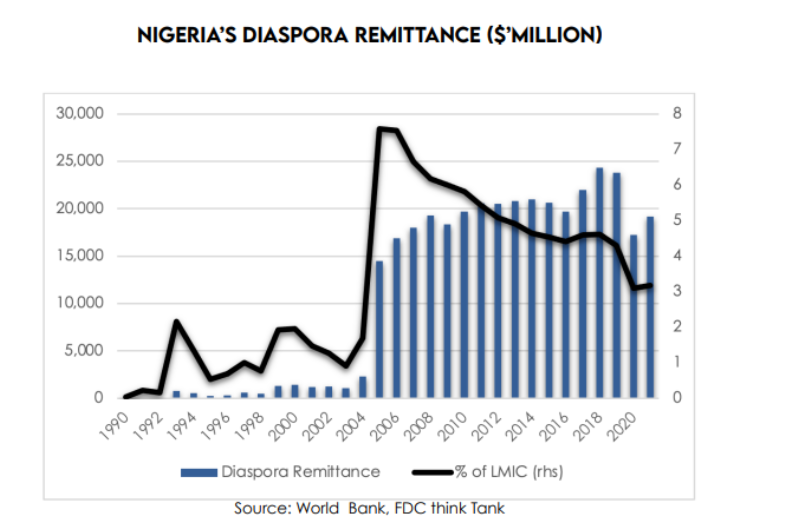 In an interconnected global economy with increasing interdependence and dominant role of the dollar as the super reserve currency, the importance of foreign exchange cannot be over emphasised. One of the sources of foreign exchange is export earnings. Although Nigeria has enormous export potentials (including, but not limited to, crude oil, solid mineral, manufactured goods, cocoa and other commodity), export earnings have remained relatively low for several decades. In recent time, the biggest foreign exchange earner, crude oil export, has been constrained due to dwindling oil production volume and systemic inefficiencies that characterise the oil sector. Between 2014 and 2021, oil export declined by 42.9% while diaspora remittance declined by only 8.6%.

Another veritable source of foreign exchange and development financing is foreign investment inflow. Again, foreign investment inflow in Nigeria is propelled by push factors rather than pull factors.⁴ The risk involved with the push factor phenomenon is that it is characterised by capital flow reversals and persistent volatility – once the conditions that are “pushing” the capital flow reverses, the flow also reverses. For example, when the US quantitative easing (QE) program began pushing capital into emerging markets and developing economies (EMDEs) in 2009 up till mid-2013, many emerging markets were celebrating capital flow honey moon until the Bernanke effect⁵ of 2013 ignited a capital flow reversal. In Nigeria, capital inflow declined by 69% to $3.9bn in 2014 Q1 from $6.6bn in 2013Q1. Also, when the US began QE tapering in 2016, capital flow declined further to $0.7bn by 2016Q2.

In recent time, the CBN showed strong interest in improving the use of formal channel for diaspora remittance. To achieve this, it implemented the Naira-4- Dollar policy. The World Bank opined that the policy was instrumental to the improvement in remittance inflow recorded in 2021. But there is still much to be done to improve the inflow of diaspora remittance. One of the greatest constraints to remittance inflow is the existence of multiple exchange rates. The widening gap between the parallel market and official rates; and persistent exchange rate volatility make it difficult to fairly determine the true value of remittance in local currency. Thus, to induce greater inflow of remittance, it is imperative to maintain a stable and single exchange rate.

To turn brain drain to brain gain, the Nigerian government may consider the Philippine rule-based approach or the Korean formula. The Philippine approach requires a mandatory remittance by those working abroad. The Philippine government, for example, through Executive Order No. 857 of 1982, required workers employed overseas to remit at least 70% of their monthly salaries through national banks. Proof of compliance with this order was required before the worker's annual passport could be renewed. Korea, however, sought to achieve the same result using a more liberal but high committal approach. The Korean government works closely with Korean companies through its program called "project package" whereby the government assists Korean companies in winning job contracts abroad. In return, the companies directly deposit a portion of their workers' salaries into Korean banks. Furthermore, the Korean government usually does not recruit workers to stay abroad for periods exceeding one year and, therefore, is able to keep worker ties to the country strong, further promoting maximum remittance inflows.

Implications of the CBN Naira 4 Dollar Promo for Diaspora Remittances