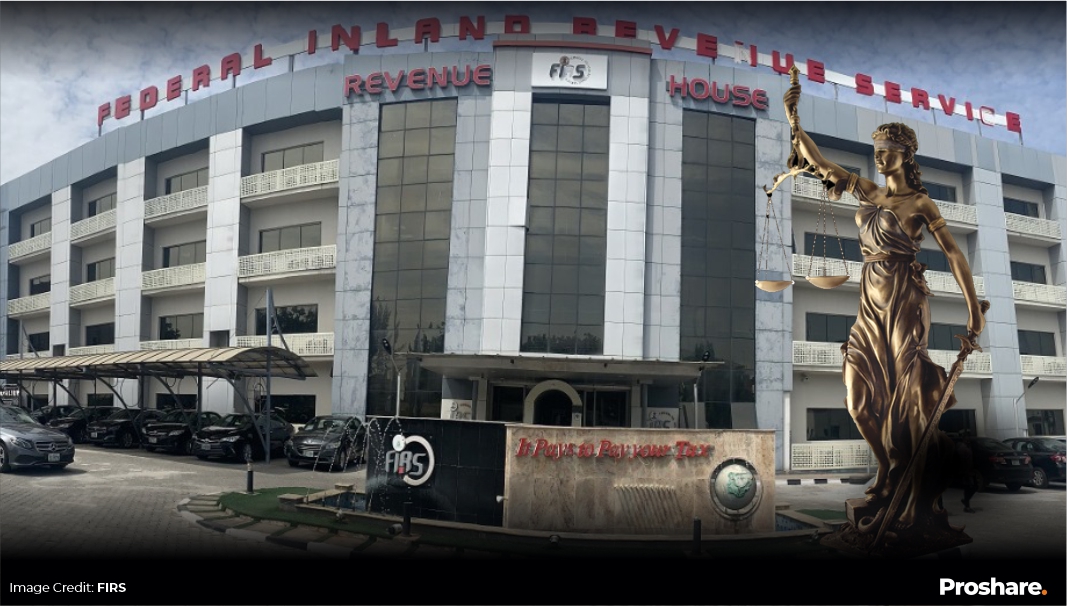 FHC Rules Against FIRS’ Retrospective Application of the Provisions of Finance Act, 2019

On Monday, 27 June 2022, the Federal High Court (FHC or “the Court”) sitting in Abuja ruled in Accugas Limited (Accugas or “the Company” or “the Plaintiff”) and Federal Inland Revenue Service (FIRS) & Attorney General of the Federation (AGF), collectively referred to as (“the Defendants”) that the FIRS acted unlawfully by applying the provisions of Finance Act, 2019 (“FA 2019” or “the Act”) to transactions, activities and periods that occurred before the 13 January 2020 effective date of the Act.

The FHC further held that a statute should not be given a retrospective effect except where its language intends the statute to operate retrospectively. Therefore, since the provisions of the Act did not expressly provide for a retrospective application of the amendments introduced therein, the FIRS acted unlawfully by extending its scope to matters that had occurred before its commencement date.

Facts of the case

Prior to the enactment of FA 2019, Section 33(3)(b) of the Companies Income Tax (CIT) Act exempted companies with at least 25% imported equity capital from paying minimum tax. However, Section 14 of FA 2019 deleted this provision and replaced it with a new provision exempting small companies with an annual gross turnover of less than ₦25 million from tax.

Accugas is a Nigerian Company with 99.9% imported equity capital held by Exoro Holding BV, a company incorporated in the Netherlands. Following the enactment of the Act, the Company wrote to the FIRS to clarify if the deletion of Section 33(3)(b) of the CIT Act by FA 2019 will affect its right to enjoy exemption from minimum tax on its 2020 year of assessment (YOA) tax returns, which is based on income earned from 1 January to 31 December 2019. The FIRS informed the Company that it was ineligible to claim the exemption based on the amendments introduced by FA 2019. To avoid imposition of penalty and interest for non-payment of minimum tax by the FIRS, the Company filed its tax return for 2020 YOA and settled the minimum tax liability of US$609,178.00 using its available withholding tax credits. However, Accugas subsequently filed an appeal before the FHC to seek among other reliefs, a declaration that it was entitled to a refund of the US$609,178.00 used to offset its alleged minimum tax liability for 2020 YOA

The Company presented the following arguments before the Court:

1. that by virtue of Section 6(1)(b) and (c) of the Interpretation Act, the deletion of section 33(3)(b) of the CIT Act by FA 2019 cannot deprive the Company of its right to enjoy the exemption from paying minimum tax on income earned in the year 2019. The Interpretation Act provides that an action or operation carried out before a law is repealed subsists even after a repeal of the legislation. Therefore, any right or transaction incurred under the repealed enactment remains unaffected by the repeal. Hence, the FIRS’ application of the provisions of FA 2019, which commenced on 13 January 2020, to income earned between January 2019 and December 2019 amounted to giving a retroactive effect to the provisions of FA 2019.

2. FA 2019 cannot apply retrospectively as there are no express words in the Act showing an intention for its retroactive application. Therefore, based on the doctrine of vested rights, the deletion of Section 33(3)(b) of the CIT Act by FA 2019 cannot deprive the Company of its vested rights to enjoy minimum tax exemption for income earned between 1 January 2019 to 31 December 2019.

In its defense, the FIRS argued that:

1. CIT is assessed on preceding year basis. Therefore, the amendments introduced by FA 2019 are applicable to the income and profit of the Company earned in 2019 financial year, which formed the basis for tax returns due for submission on 30 June 2020 (after the effective date of FA 2019). Since the income was taxable in 2020 and not 2019, the doctrine of vested right was inapplicable in this case.

2. Section 14 of FA 2019 repealed and amended the provision of section 33 of the CIT Act, which constitutes the Plaintiff’s grounds of appeal. Since the minimum tax could not be assessed on a repealed law, the FIRS urged the Court to dismiss the Plaintiff’s claims. Further, the FIRS submitted that Section 6(1) (b) and (c) of the Interpretation Act did not apply in this case as the clarification provided in its Information Circular.: No 2020/04 on the provisions of the Act did not give a retrospective effect to the tax law.

Based on the arguments submitted by both parties, the FHC adopted the Company’s issue for determination as “Whether, in light of the provision of section 6(1)(b) and (c) of the Interpretation Act, the provisions of the Finance Act, 2019 can retroactively apply to periods, transactions, activities, and income earned prior to 13 January 2020 when the Finance Act 2019 was assented to?”

After considering the arguments of both parties, the FHC held that:

(i). the applicable law for the taxation of the Company’s income earned between 1 January 2019 to 31 December 2019 was the law in force when the Company earned the said income, i.e., the repealed Section 33(3)(b) of the CIT Act.

The Court relied on numerous judicial precedents to hold that the applicable law to a cause of action is the law prevailing when that cause of action arose, and not the law existing at the time the action is being tried. And as the cause of action of the Company in this case related to the 2019 financial year, the applicable law was the law that was in force as at 31st December 2019. Therefore, the Company was eligible to claim the existing minimum tax incentive available to companies with at least 25% imported equity capital under the repealed Section 33(3)(b) of the CIT Act.

(ii). a change in law will not affect the rights and obligations which had already accrued except the law is clearly intended to apply retroactively. While the legislature undoubtedly has the constitutional right to enact a statute and make it apply retrospectively, this must be stated expressly in clear terms by the enactment. Therefore, to the extent that FA 2019 did not expressly provide for retrospective application, the Court held that it was not the intention of the legislature to make the amendment of section 33(3)(b) of the CIT Act in the FA 2019 to apply retrospectively.

Based on the above, the FHC resolved the case in favour of the Plaintiff and ordered the FIRS to permit the Company to utilize the US$609,178.00 as a tax credit to offset its future CIT liabilities.

Since the introduction of annual Finance Acts as the instrument for making incremental changes to Nigeria’s fiscal framework, the application of the amendments to transactions consummated in prior years has been a bone of contention between taxpayers and tax authorities. It is, therefore, not surprising that the matter was the subject of litigation in this case.

The FHC rightly held that the provisions of FA 2019 should not apply retrospectively, unless expressly stated in the law. This position is supported by Section 6(1)(b) and (c) of the Interpretation Act which provides that the repeal of an enactment shall not: affect the previous operation of the enactment anything duly done or suffered under the enactment, or affect any right, privilege, obligation or liability accrued or incurred under the enactment.

The above provision follows the legal maxim: “lex prospicit non respicit” which means that “the law looks forward, not backward”. Therefore, there is a presumption against retrospective enactments except where the language of an enactment clearly provided otherwise.

The FHC judgement is a precedent for resolving similar conflicts that may arise from the implementation of the amendments introduced by subsequent Finance Acts. It also has implications for the legality of some of the clarifications provided by the FIRS in its Circulars following the enactment of Finance Acts 2020 and 2021, respectively. For instance, the restriction of the claim of capital allowance on qualifying capital expenditure used to generate both taxable and non-taxable income introduced by FA 2021. Specifically, FA 2021 amended Section 31 of the CIT Act to restrict capital allowances claimed against the assessable profits of a company, where the percentage of non-taxable income to total income exceeds 20%. While taxpayers and tax practitioners opine that the restriction on the claim of capital allowances should apply to only the QCE pertaining to assets acquired with effect from 31 December 2021 (i.e., from the effective date of Finance Act, 2021), the FIRS’ view as expressed in its Information Circular No.: 2022/02 is that the restriction will apply to an affected company’s entire QCE regardless of the date of acquisition. The FHC judgement has effectively resolved this controversy. Thus, based on the FHC judgment in this case, only the QCE acquired after the effective date of FA 2021 should be subjected to such restrictions. Therefore, any unutilised capital allowance on QCE acquired prior to FA 2021 should be treated in line with the erstwhile provisions of the CIT Act

* This statement was first published in the Issue 8.1/ August 2022 Newsletter of KPMG of Monday August 11, 2022. For further enquiries, please contact the author, Wole Obayomi via [email protected] 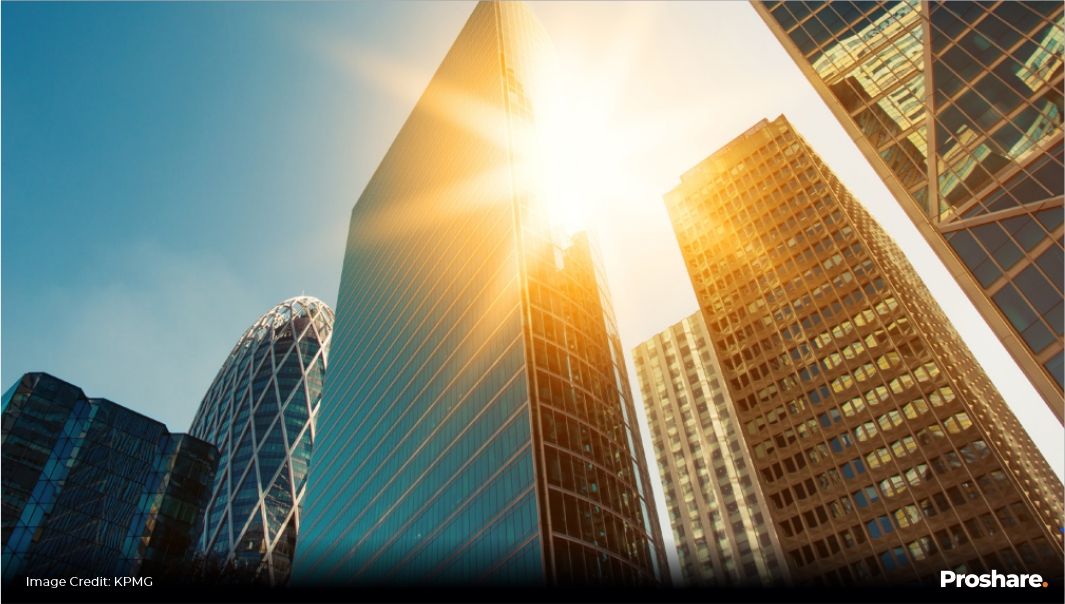 e-book on Matters Arising from Implementation of Finance Act, 2021