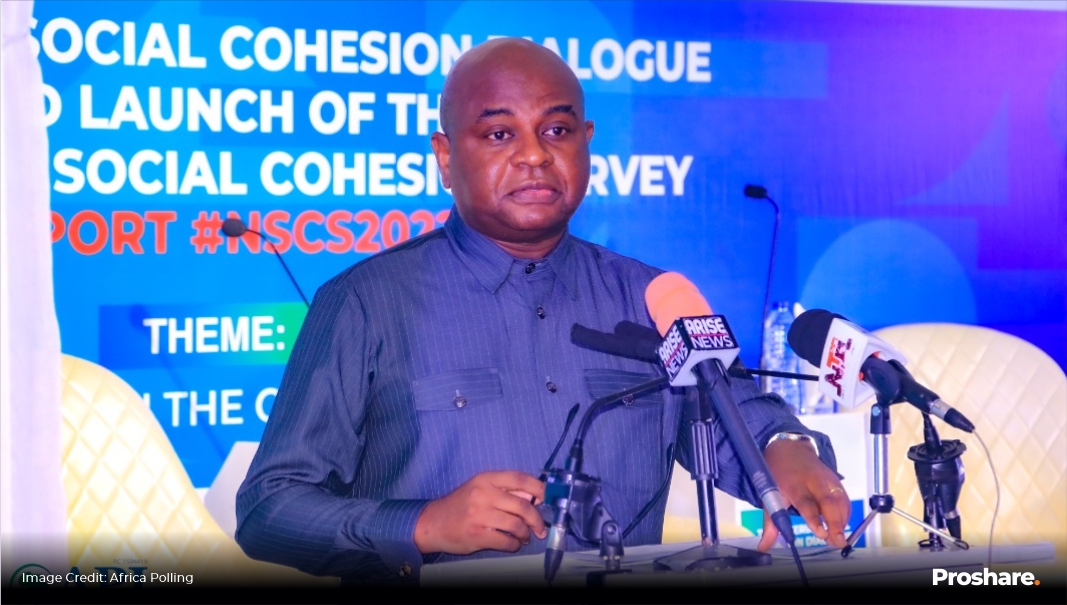 The subject of social cohesion is one that is of primary importance. Socially cohesive societies result from effective leadership and good governance which organizes societies and brings them together. Socially cohesive societies do not drop from the sky. They are consciously built. The state of Nigeria today, which few can argue that it is a good one, derives from the level of social cohesion we have achieved or failed to achieve.

Scholars have defined social cohesion as the strength of relationships and the sense of solidarity among members of a community based on trust and shared emotional commitment. The Organization for Economic Cooperation and Development (OECD) defines social cohesion in this manner: “A socially cohesive society works towards the well-being of its members, fights exclusion and marginalization, creates a sense of belonging, promotes trust, and offers its members the opportunity of upward mobility”.

Social cohesion matters greatly because it helps create peaceful, democratic and prosperous nations. As I have had occasion to say previously in relation to our country Nigeria, what builds a nation and makes it successful are the intangible things such as trust amongst citizens and the between citizens and the government, a sense of oneness and patriotism and other types of emotional investment, and the opportunities we have or do not have to fulfill our God-given potential within our geographical space. These things matter even more than the physical infrastructure that we often prioritize. In fact, they play a determinative role in whether we have security, economic growth and development. Without social cohesion, therefore, all the efforts we and our governments may make to create “progress” are in reality based on a foundation of nothing.

As Darrell Bricker, a top executive of Ipsos, the global polling organization has so pithily put it, “Social cohesion is the bedrock for societies and economies to function. No country will evolve in a positive direction if its citizens are all rowing in different directions”.

I agree very much with the Scanlon-Monash Index of Social Cohesion in Australia, which I believe is highly relevant to Nigeria. That index makes use of five indicators to measure social cohesion:

What are the fault lines that we must bridge to achieve higher rates of social cohesion in Nigeria? We do not have to go far beyond the results of the Africa Polling Institute’s 2021 National Social Cohesion Index. That survey rated Nigeria’s level of social cohesion at 44.2% –less than the threshold of 50%. In the 2022 NSCI, this has declined to 39.6%. So, obviously, Nigeria is not a cohesive society. The 2021 survey found that 56% of Nigerians feel very disappointed in Nigeria, 73% are willing to “japa” – to emigrate from Nigeria – to other countries such as USA, UK, Canada, Dubai and Saudi Arabia. All people want a better life. 82% of Nigerians are comfortable with the dual identity of Nigeria and their ethnic group, 33% attach priority to their ethnic group over their identity as Nigerians, and only 9% felt more Nigerian than their ethnic origin.

The most important fault line in any quest for social cohesion is that the very idea of Nigeria is a hotly contested one. Many Nigerians today no longer believe in their country. That’s because Nigeria as a notion has let them down. They cannot be happy campers in a country that made little progress in moving from being a geographical state – itself increasingly under security threats – to a nation in which they feel a sense of belonging, worth, social justice, participation and acceptance. Social cohesion requires a sense of common purpose and shared destiny. Each member or group of such a society – which may be diverse or heterogenous, as Nigeria is – brings specific strengths or contributions to the larger mix.

Second, inequality, poverty and unemployment, which are all extremely high in Nigeria, are fundamental fault lines and threats to social cohesion. These economic deficiencies go to the heart of individual happiness and therefore affect our bonds and trust as members of a society. In Nigeria young people make up nearly 70% of the population but face youth unemployment of 55%. It is little wonder that there is so much discontent and hopelessness.

Third, our politics is broken. It has failed to yield any real dividends of democracy such as development, inclusive growth and economic transformation, as experienced by several nations in Asia over the past four decades. This is because our democracy has bred fractionalization, with politicians exploiting our ethnic, religious and language divides. NIgerian politics also tends to be a winner-take-all affair. And it is not anchored on ideas or an informed voting electorate that interrogates the ideologies and policies of candidates. Neither has it been supported (at least in the past) by a truly transparent electoral process.

Fourth, a progressive absence of state capacity, amplified by weak institutions, has created a fundamental distrust of the government and its institutions by Nigerians. The three ways in which a state demonstrates state capacity are an ability to effectively defend the country’s territorial integrity, the ability to collect and administer taxation (a core aspect of the social contract), and an ability to deliver basic services such as healthcare, education, water, sanitation, and social security. It cannot be argued, whether you believe that Nigeria is a failing state, has already failed, or is a fragile state, that all three indices are weak in our country today.

The fault lines I have identified above are not impossible to overcome. We can, based, first, on a correct diagnosis. Beyond this, the first way to begin to build real social cohesion in Nigeria is to manufacture consent and consensus. This requires a return to the foundations of Nigeria itself. We must return to the National Question and address it squarely if we are to achieve national unity and from there, social cohesion.

What is Nigeria? How is our country structured and governed, by who, and has it all worked out for us as Nigerians regardless of where we come from or how we worship? What does Nigeria mean to each and everyone of us? How can we turn our diversity into a strength (seeing that it might not be a practical idea to break up the country into its 250 ethnic groups) by building trust across prior sectarian divides? The answers to these questions call for an honest national conversation, not just the tired mantra of non-negotiability of the Nigerian union and hypocritical talk of unity by leaders who do not walk their talk. There is a difference between the peace of the graveyard and true social cohesion.

This reluctance to have honest conversations and take difficult decisions that will create a win-win scenario, one that facilitates national stability and unity, is why Nigeria is today a theater of many silent wars, intercommunal violence, and separatist agitations. The very task of leadership includes confronting and resolving difficult questions that, if allowed to fester, only block real progress. We should hope that, whatever the outcome of the political-electoral transition in 2023, we can make progress on these matters.

Prioritizing inclusiveness in governance (without sacrificing merit), transparency and fairness is the path to unifying Nigeria and improving our cohesion as a society. In a diverse country such as ours, this will require a constitution return to real federalism, but with implementation timeframes and modalities that carry all parts of the country along. Every part of Nigeria can and should be a winner in this process. I believe that this should include the idea of a rotational presidency among the country’s six geopolitical zones. This would be an honest recognition of our unique features as a country, and avoid the specter of ethnic or religious domination which led to our original national consensus around federalism, on which principle we became independent in 1960 and a republic in 1963.

My second major recommendation is that we must prioritize competence in economic policy making and management – and political support for this requirement – in politics and actual governance. Such competence will tackle more effectively the foundational problems of inequality from the lack of opportunity, poverty, and unemployment. Creating millions of new jobs over the next five years should be a top priority. This will require a combination of incentives and some directional state policy that creates an enabling environment for job creation and opens up opportunities for young people. Such policy should include a scaled-up combination of temporary and conditional youth unemployment support, skills training, and the provision of venture capital by a public-private-partnership venture capital fund managed not by the government, but by the private sector.

Third, and closely related to the recommendation above, is that we must massively ramp up investment in, and reform of, Nigeria’s education sector. This should be geared to making Nigeria globally competitive, including through the concept of “brain capital” that has been promoted by PwC Nigeria Partner and Chief Economist Andrew Nevin, by making the education of our young people more skill and technologically oriented. The same level of investment is required in healthcare, a basic need for all human beings.

It is deeply gratifying to see that in the 2022 National Social Cohesion Index, 60% of Nigerians believe that the future of the country will be better than it is today. That is cause for hope. A cohesive society is the basis of real development. It requires real work. Let us begin. 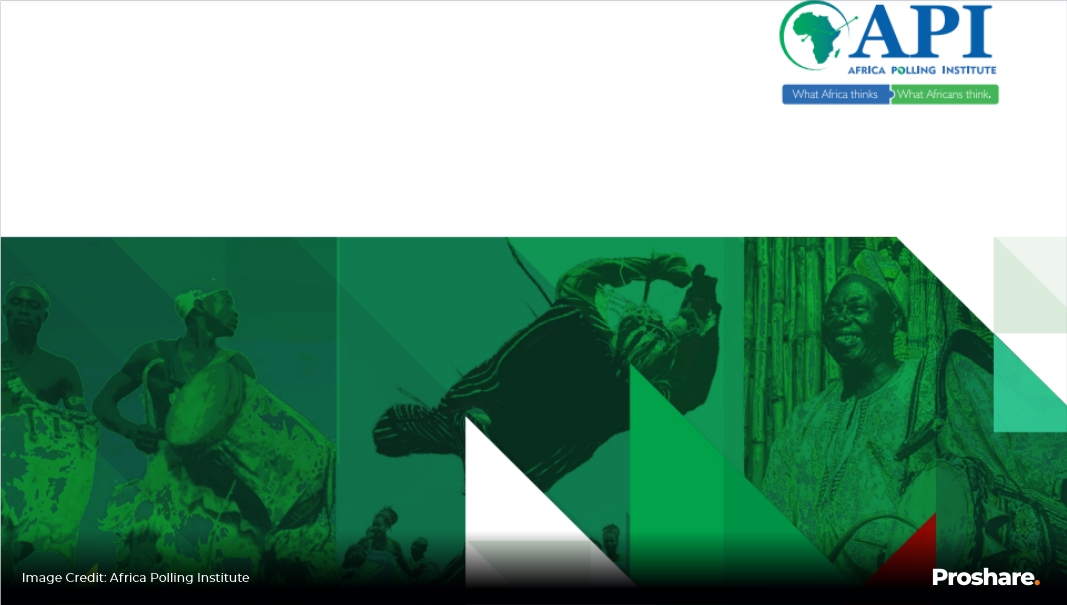 Why CBN Needs To Manage The Risk Of Cryptocurrencies - Kingsley Moghalu

Nigeria Decides 2019 - The Presidential Candidates' Economic Thinking ... and The Winner Is Moghalu

Moghalu, Former Deputy Governor of CBN harps on the need for broad-based growth in Nigeria

Kingsley Moghalu and How to Elect Nigerians’ Darling President