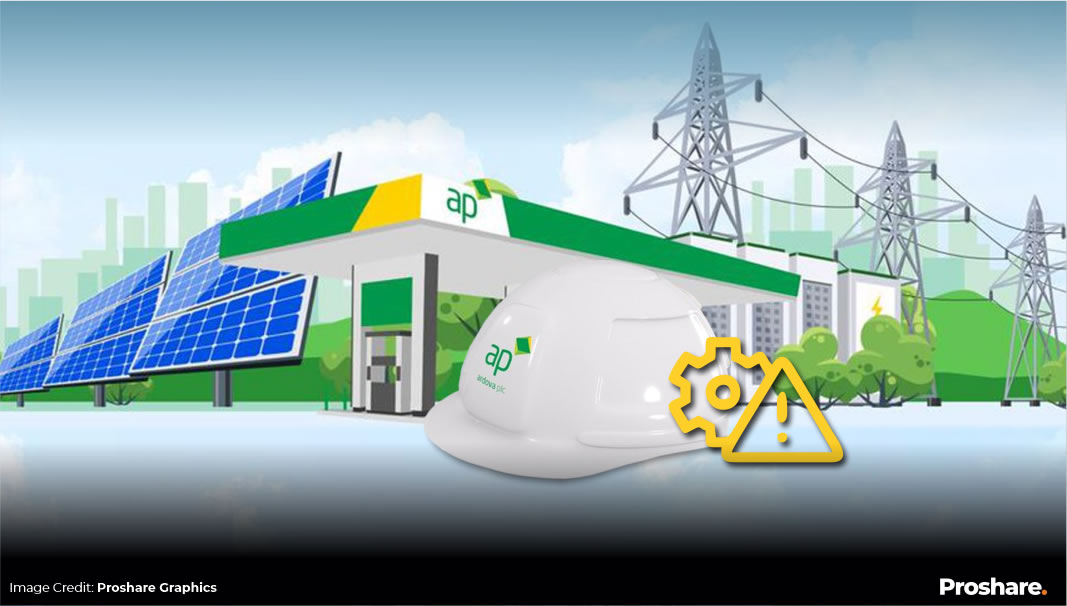 Following media headlines that suggested Zenon Petroleum & Gas Limited had petitioned a Federal High Court in Lagos to wind up Ardova Plc over an alleged US$6m debt, Proshare analysts engaged market entities related to the matter to establish clarity and understanding, from an investor perspective.

Recall that on August 10, 2022, Proshare Analysts, in a note titled: Zenon Petroleum vs Prudent Energy: Beyond the Noise, reported that Ardova Plc had issued a press statement repudiating news reports of a charge to wind up Prudent Energy and Services Limited (PESL) over an alleged inability to pay a US$6m debt presented to the Federal High Court by Zenon Petroleum and Gas Limited (Zenon). Ardova had stated that there was no claim against it as a corporate entity. The company represented that the issues were between two old and new shareholders concerning claims and warranties under a Share Purchase Agreement (SPA) between Ignite Investments and Commodities Limited (Ignite I&C Ltd) and Zenon with its affiliates. The warrants issued were for acquiring shares in the old Forte Oil Plc (now Ardova Plc).

Proshare analysts' discussions with those close to the dispute made it clear that the matter was related to a guaranty (Prudent Energy) put in place to ensure that Ignite meets its warranty obligations to Zenon on deferred payments. Enquiries suggest a deferred payment that Ignite missed as part of its acquisition of 74.02% issued share capital of Forte Oil Plc (now Ardova Plc) from Zenon Petroleum & Gas Limited and its affiliates provoked the disagreement that almost degenerated into a media war.

The problem with Prudent Energy and Services Limited, Ignite's parent company, was that it had provided a corporate guarantee to Zenon concerning Ignite's payment warranties to Zenon. Two issues emerged and were waiting for a court judgment for clarity: 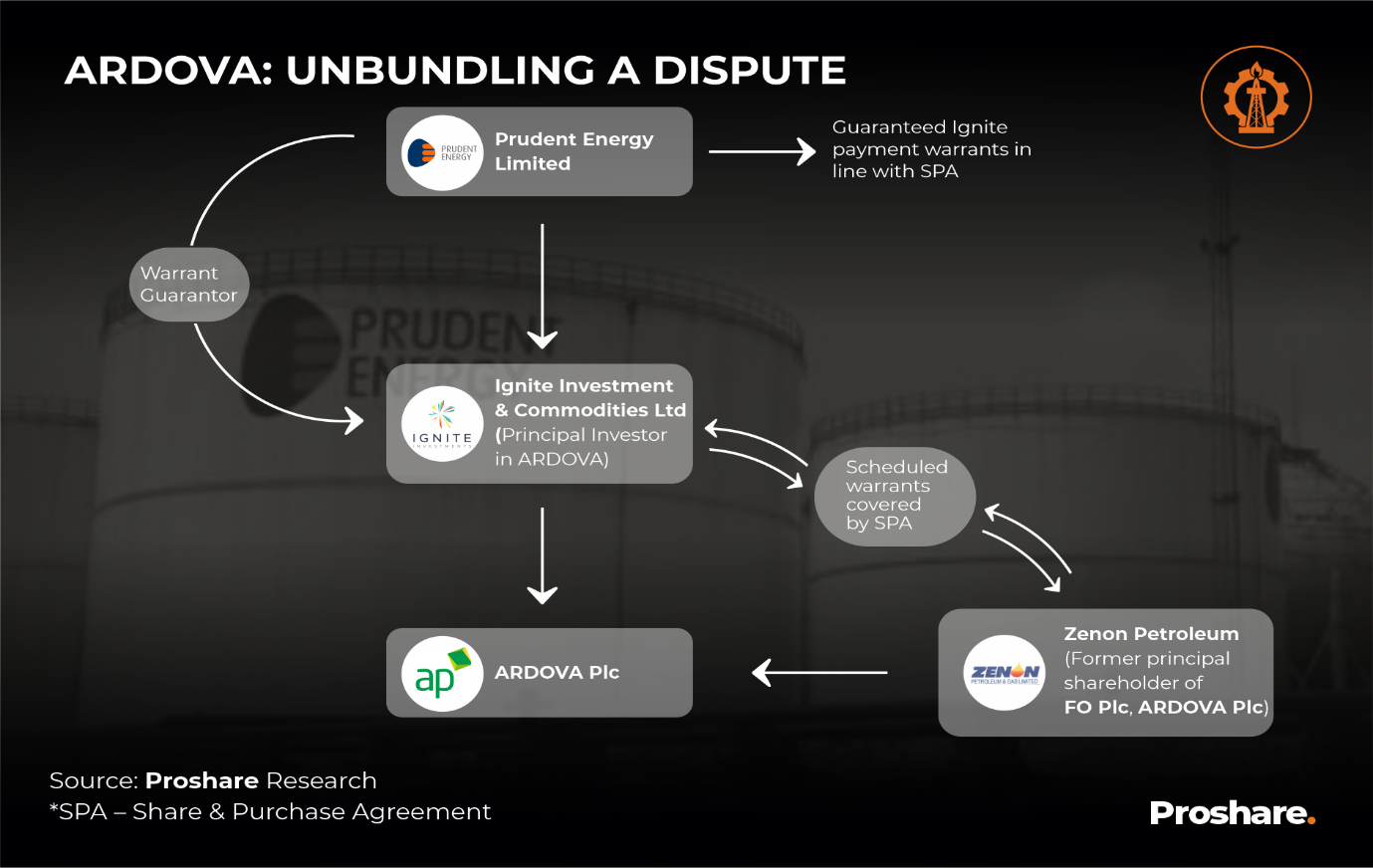 Although Ignite remains the principal shareholder in Ardova with a 74.02% equity share, Proshare analysts believe that Ardova, as a separate corporate and legal entity, may have inadvertently found itself in the fray between an old and new shareholder of the company without material corporate involvement. The tussle between the two parties raised media dust that has thawed (as parties resolved to allow the dispute resolution take its course) potentially threatened Ardova's market value, despite no underlying earnings problem.

Intriguingly, the stock market (NGX) did not respond to the rift between Ardova's old and new shareholders as share prices of the company remained within what technical analysts call a 'neutral flag' for a few days.

The stock's share price rose on August 5, 2022, to N13, three days before the media blitz. However, after the news of Zenon asking for the company's winding up broke on August 8, 2022, its stock price stayed flat until it fell on Friday, August 12, 2022, as traders attempted to digest the meaning of the court action and its implications.

Proshare analysts expect the company's share price to moderate slightly before seeing a reversal as market operators begin to understand that the legal suit by Zenon, if successful, would not lead to the folding up of Ardova. The likelier outcome is that Ignite makes good on its outstanding payment warrants, and the matter ends, or Prudent Energy meets the terms of its guarantee, and the issue ends. Regardless of the scenario, Ardova should not suffer existential difficulty.

What would have been clarified by the end of judicial intervention are the amounts due from the different parties to the SPA. The restored confidence appears clear from the price reversal on Monday, August 15, 2022, which saw the stock's price close at N12.60 from the previous Friday's N12.50 (see chart 1 below). 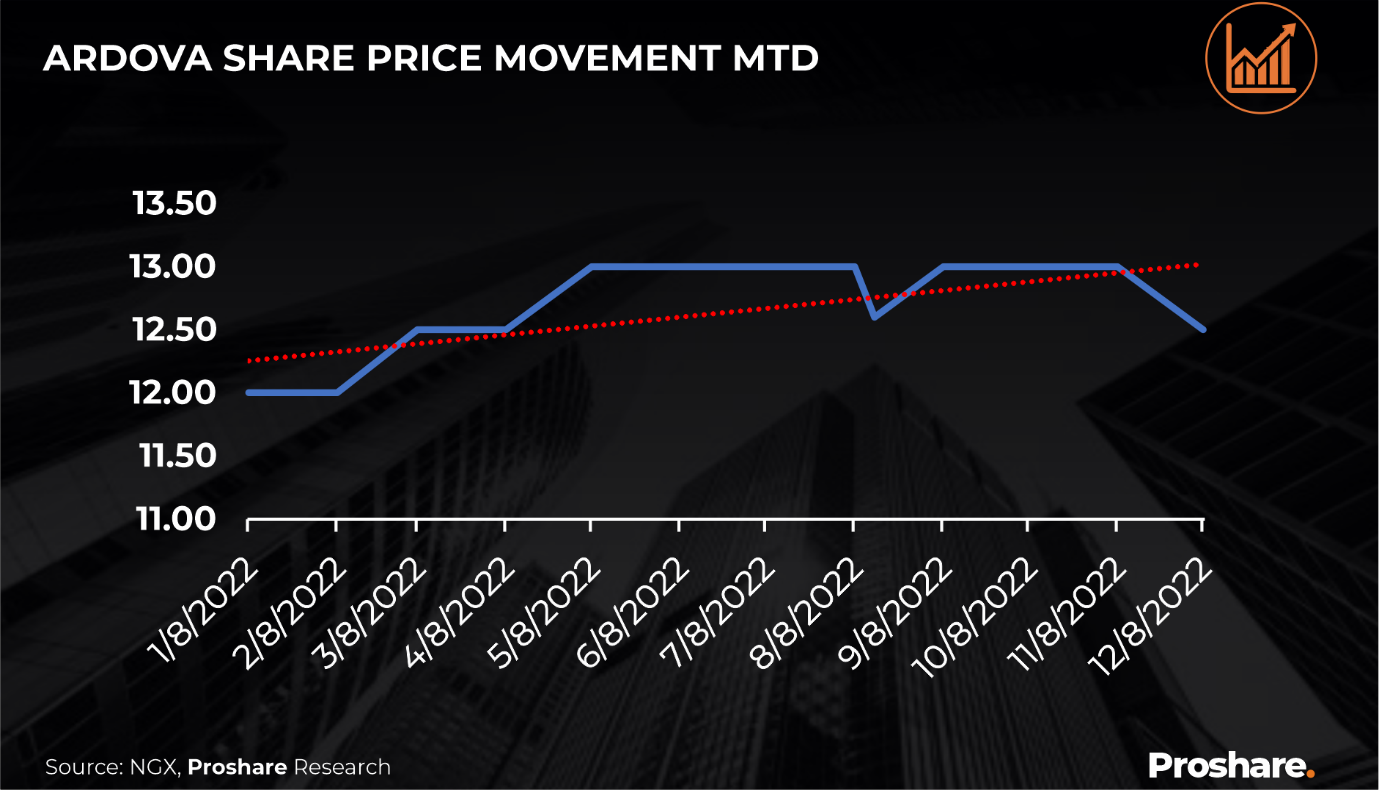 Learning Moments: Not Letting a Good Crisis Go to Waste

Being a listed entity on the NGX main board, Proshare analysts expected that the market regulators would have asked for clarity and communicated their understanding to the investing public to preserve shareholders' value.

Market analysts are of the opinion that there are learning opportunities here therefore especislly after the clarity provided by all parties to preserve market value for each entity, especially where it was important for decorum to guide conduct and avoid media interference in court proceedings.

Some Lessons Learned include, but are not limited to, the following:

In the context of the recent Zenon/Ardova brouhaha, noise should never be a substitute for quiet and deliberate resolution. Raging at the wind never stops it from destroying houses. 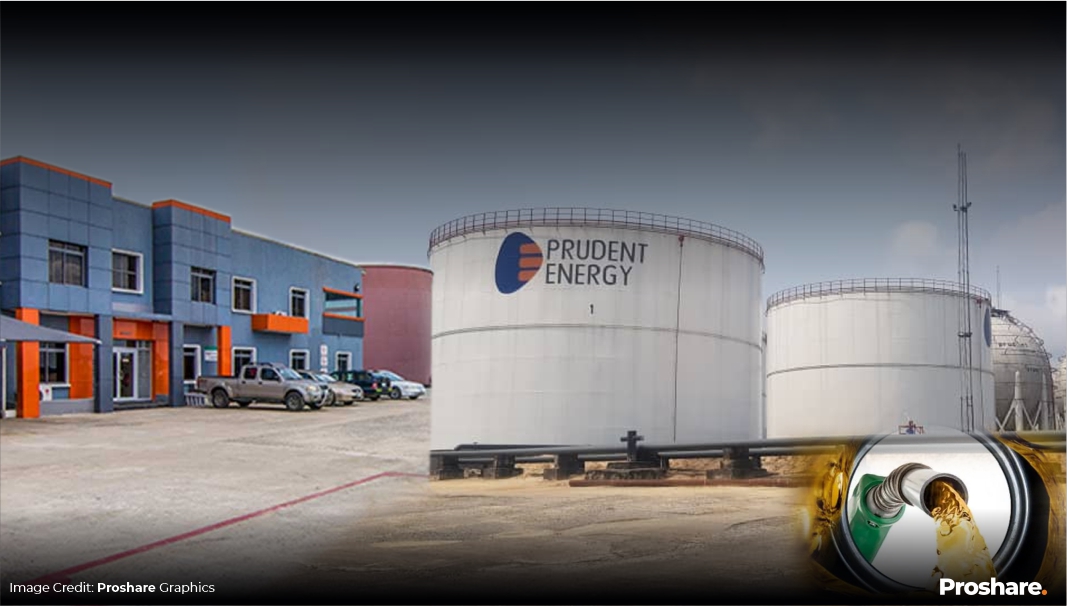 Zenon Petroleum vs Prudent Energy: Beyond the Noise 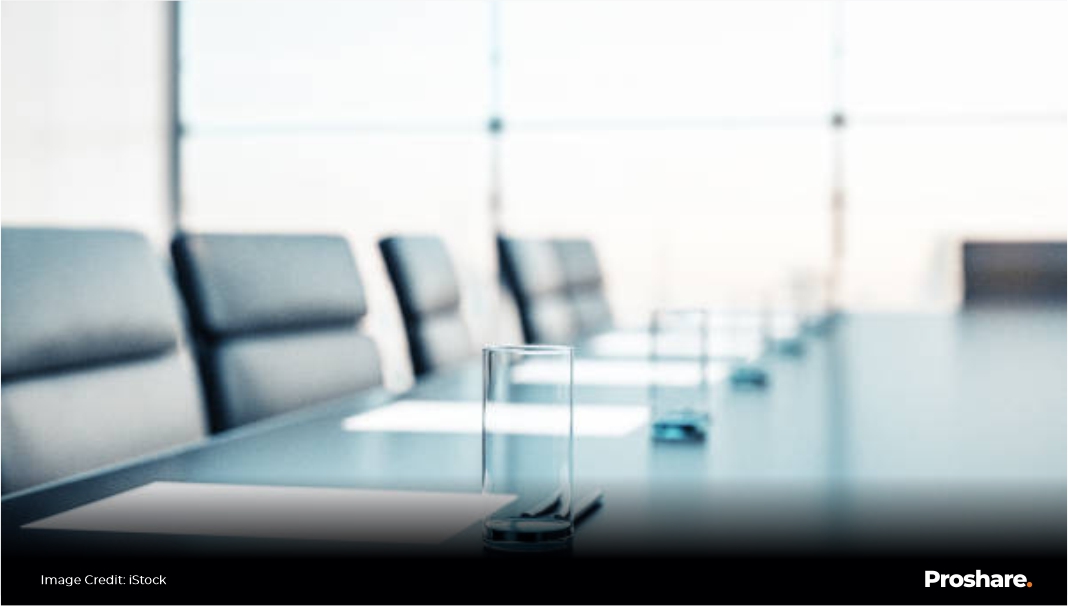 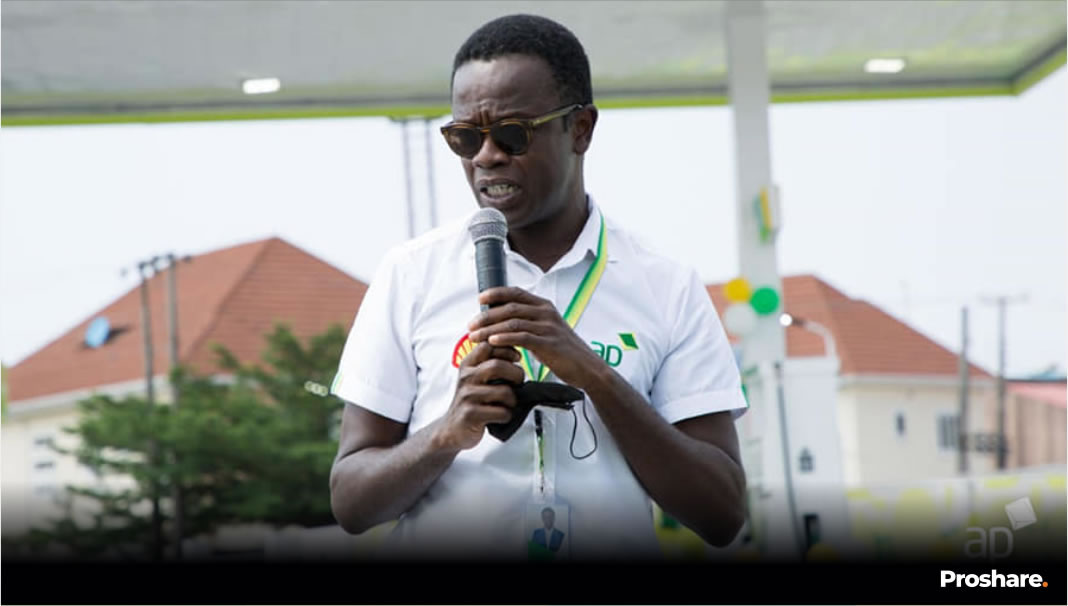 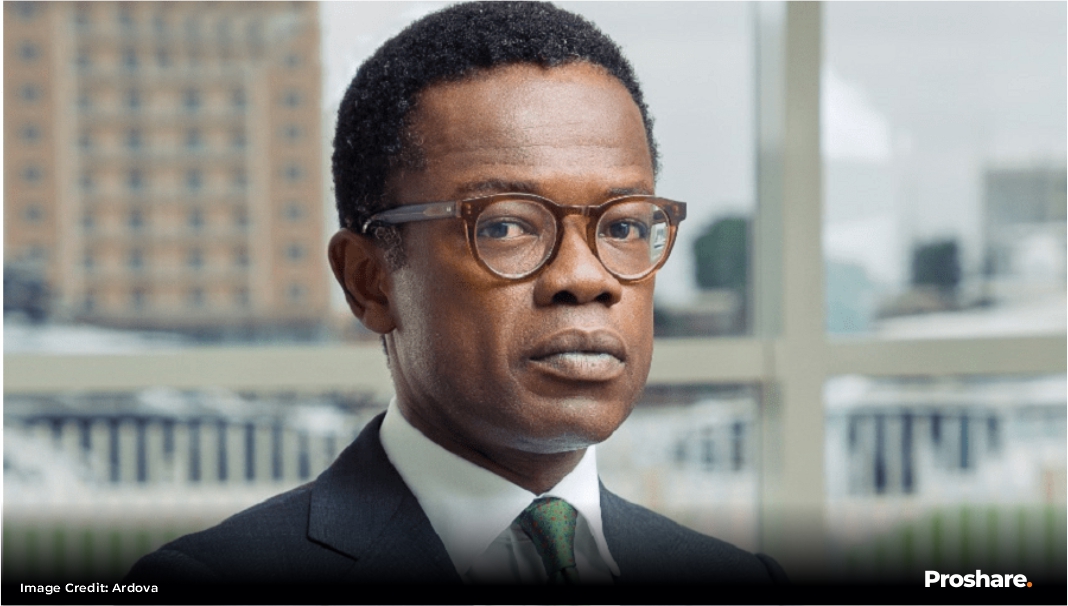 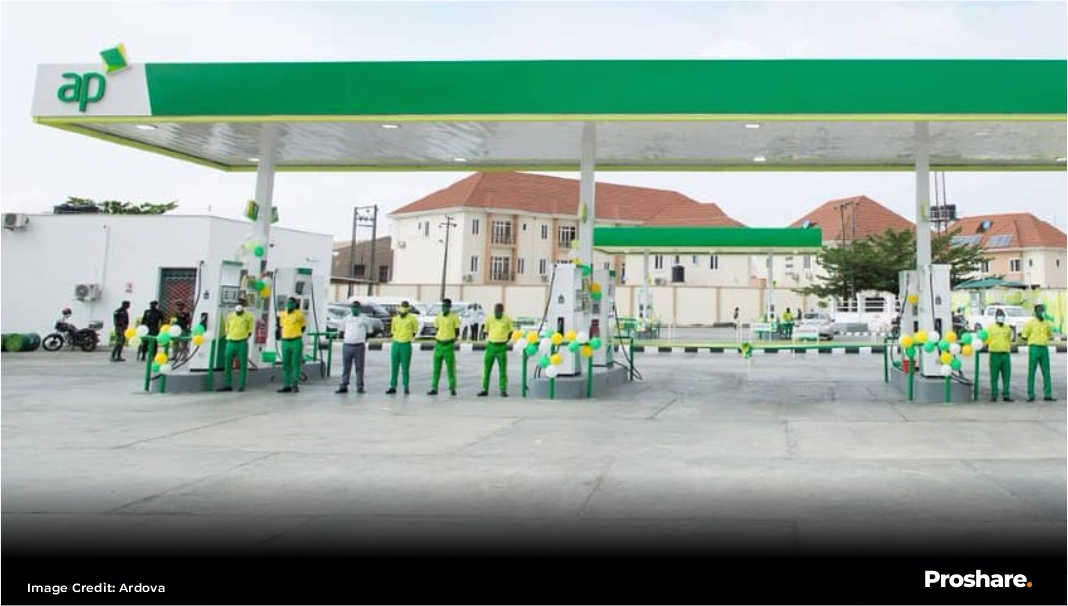 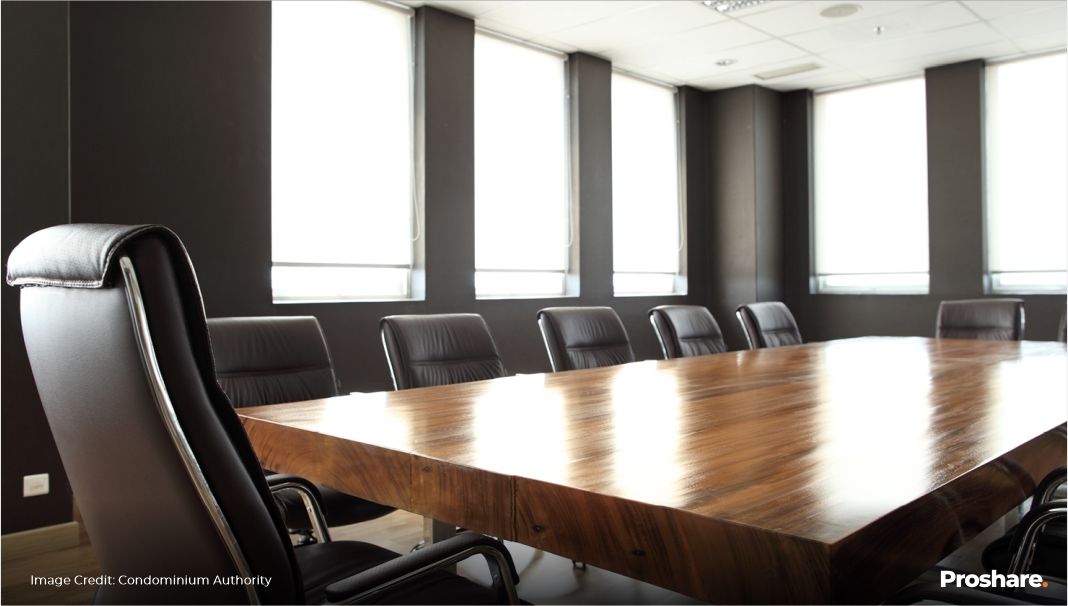 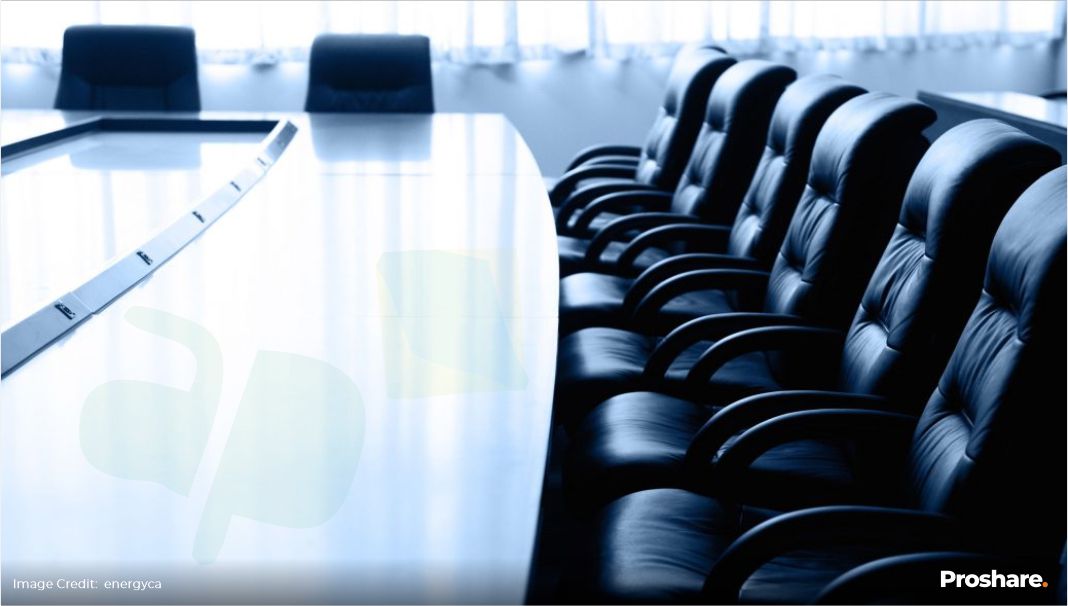