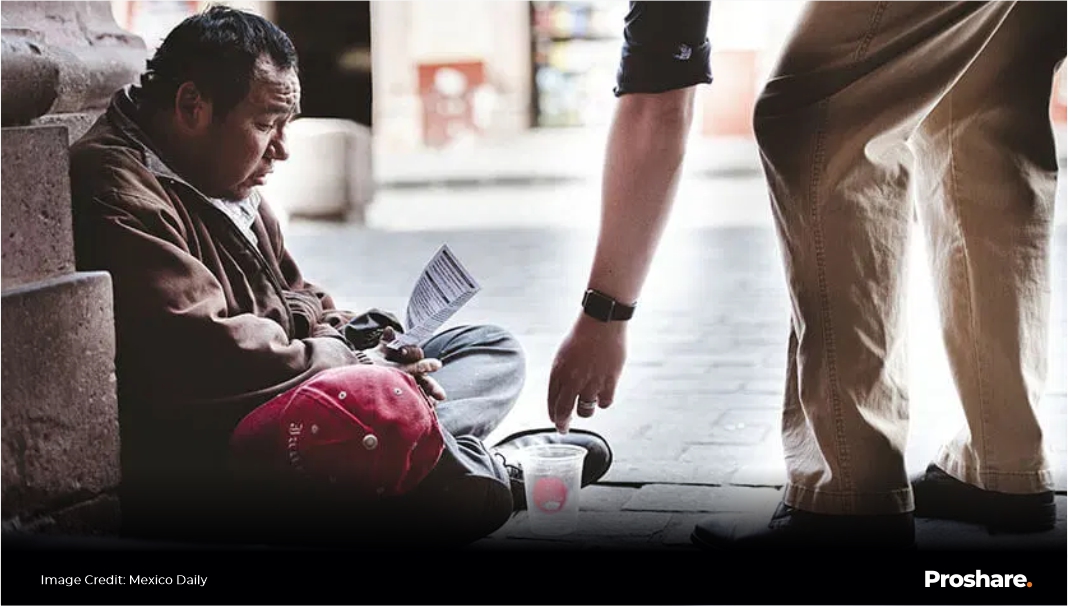 Many economies in sub-Saharan Africa grew at a record pace before the pandemic. Ethiopia and Rwanda, for example, saw some of the fastest expansions in the world—an average of more than 7.5 percent per year over the past two decades.

However, it is less clear whether the gains in economic growth have been shared equally across regions within countries because income data at the subnational level are not always available.

To assess the extent to which sub-Saharan Africa ’s strong growth performance spread across subnational regions, we used satellite-recorded images of the Earth’s nighttime lights as a proxy for economic activity. The data show that at least until 2010, African countries made tremendous progress in reducing regional income inequality (differences in output per capita across regions of a country). This is in marked contrast with other parts of the world, where inequality either increased or convergence was slower.

Taking a closer look at the factors that affect regional inequality, we found that progress was largely due to improvements in basic infrastructure, which helped lagging regions converge faster to national levels. Night lights per capita increased several-fold in the poorest regions, with the biggest gains in oil exporters and frontier markets such as Ghana and Kenya. 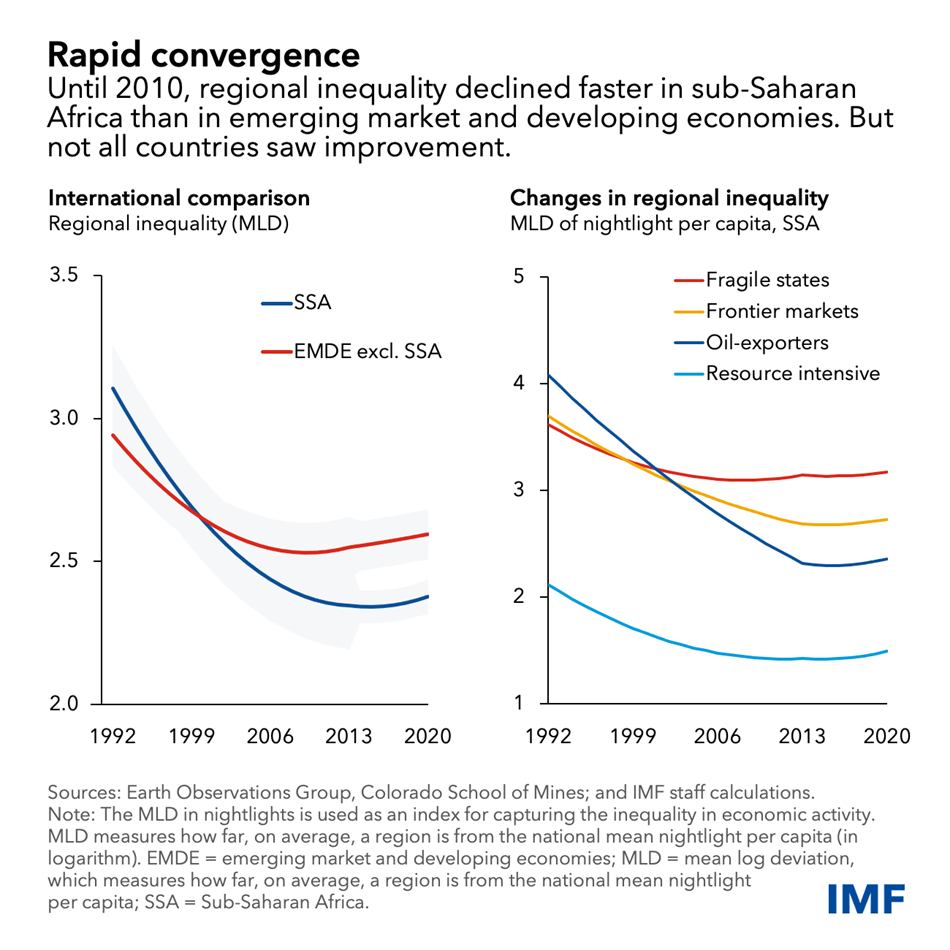 However, not all lagging regions saw improvement. Fragile and conflict-affected states made little-to-no progress in reducing regional inequality. And even in countries that experienced decades of growth, progress stalled after 2010, with regional inequalities having likely widened post-pandemic.

In countries where access to public services is generally low, and distribution very unequal, the gap is even larger. In Burkina Faso, for instance, access to electricity is nearly 20 times higher in leading regions.

What are the key drivers that helped reduce regional inequality in the past few decades? We find that there are four major factors that supported this improvement:

• Trade openness: Easier access to global markets supports convergence by increasing the value of a country’s resources like raw materials, which are more abundantly available in lagging regions. It also brings more workers into urban centers, which could in turn lead to a decline in income per capita of more urbanized regions if infrastructure development and the overall increase in economic activity in city centers are unable to keep up.

• Strong institutions and political stability: Weak institutions impede the capacity of governments to provide services and civil wars destroy public infrastructure, raising the likelihood that regions are left behind.

• Well-targeted investments: We used mineral discoveries as a proxy for analyzing the impact of investments on regional inequality and found that progress depends on the location. Investments that occur outside of the capital cities are the most likely to have impact by creating jobs and promoting economic activity in lagging regions. 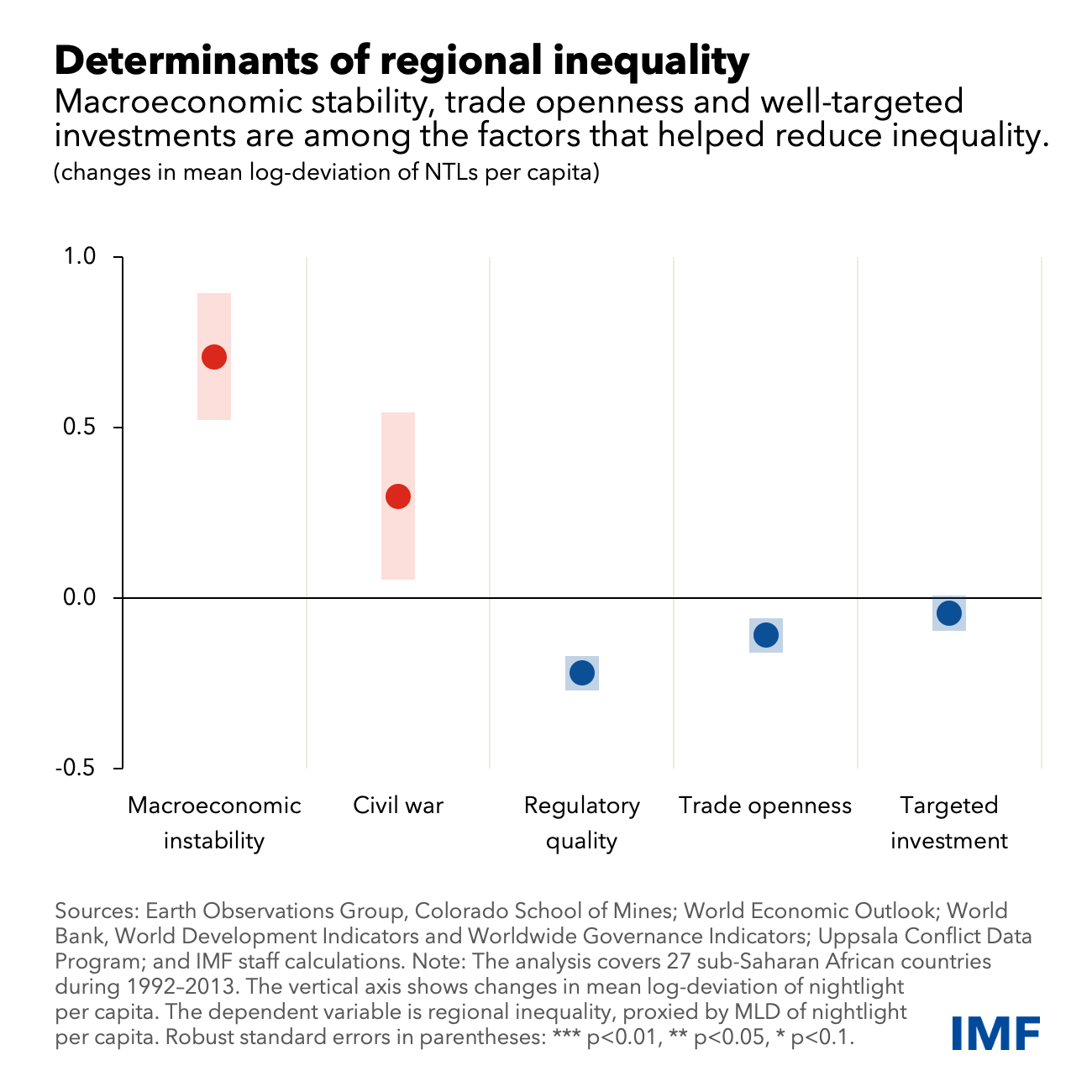 What can policy makers do to address these inequalities? Sub-Saharan Africa countries would need to pursue a broad-based policy framework anchored around three main pillars:

Governments also need to invest in building local administrative capacity to collect and analyze data. Only 12 sub-Saharan African countries publish their public budget allocations at the subnational level. Having this data more readily available would provide a more accurate picture of disparities across regions, helping policymakers to better target policies. 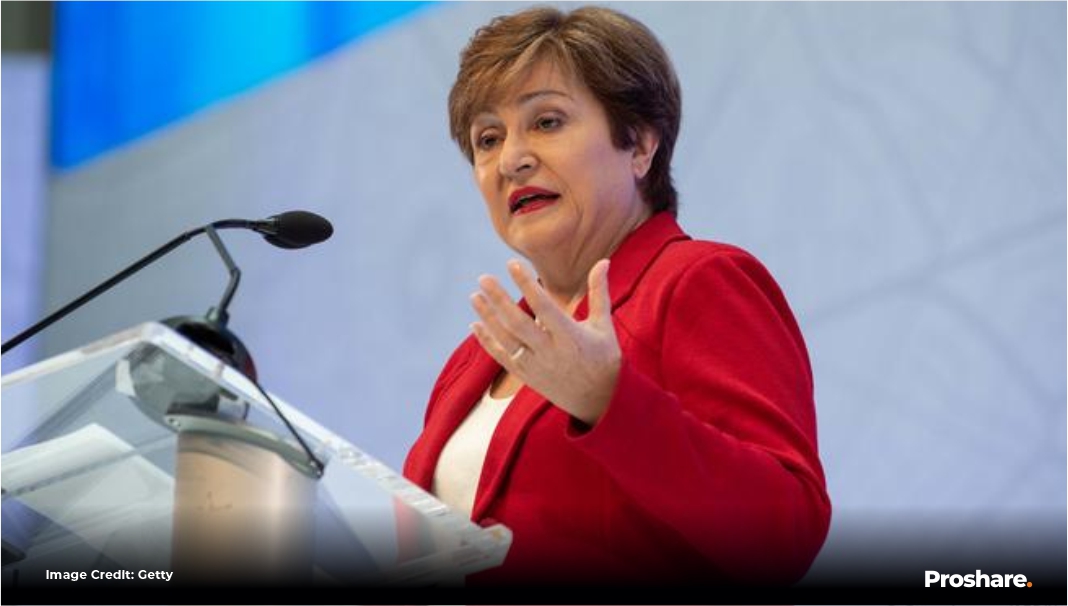 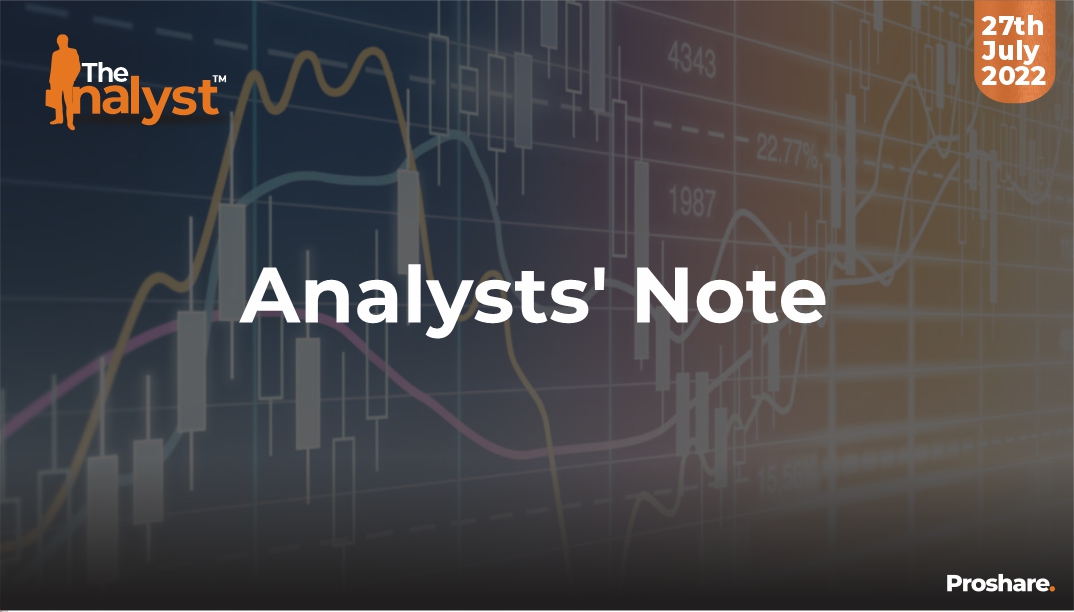 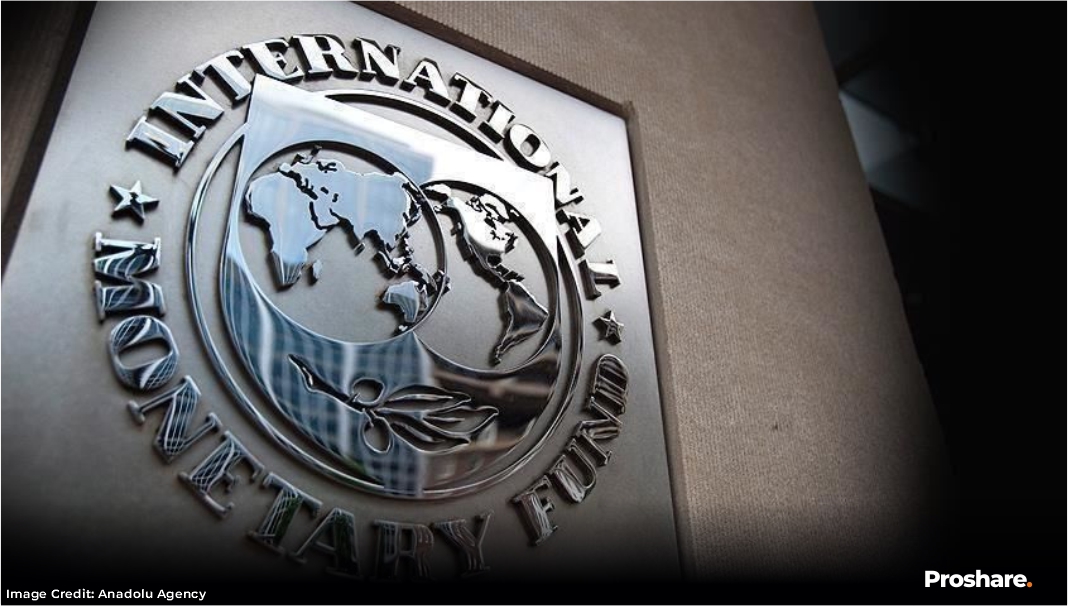 Why the IMF is Updating its View on Capital Flows

The Thoughts of IMF via its Article IV on Nigeria

Highlights of the IMF Article IV Consultation with Nigeria